Oxford vaccine confirmed to be 70% effective, increasing to 90% with two doses

Some really positive vaccine news on a Monday morning.

Oxford has confirmed that its Covid-19 vaccine is 70% effective, increasing to 90% with two doses.

British pharmaceutical company AstraZeneca and the University of Oxford said their jointly-developed vaccine against Covid-19 has shown "an average efficacy of 70%" in trials. 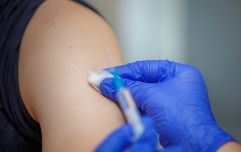 END_OF_DOCUMENT_TOKEN_TO_BE_REPLACED

After two dose regimens, the vaccine trials show that it could be 90% effective, based on trials conducted on 23,000 people.

Oxford has said that this is a giant step in its goal to supply 3 billion doses of the vaccine and make it available to people around the world by the end of 2021.

"This vaccine's efficacy and safety confirm that it will be highly effective against Covid-19 and will have an immediate impact on this public health emergency," AstraZeneca chief executive Pascal Soriot said in a statement.

The plan for the Oxford vaccine would seek emergency-use listing from the World Health Organisation to accelerate vaccine availability in low-income countries.

A statement from Oxford itself reads: "This project is the result of global collaboration and support from partners, funders and researchers around the world. We’re grateful for their cooperation and hard work - without them, the Oxford vaccine wouldn’t have been possible."

British Prime Minister Boris Johnson described the news as "incredibly exciting", though he did stress that there are still future safety checks ahead.

House of Rugby Ireland · Ireland's feel-good win, Casey's initiation song, scrapping Sexton and Scott Williams interview
popular
The 50 most iconic songs of all time* have been revealed
Eoghan McDermott to leave RTÉ after six years (Report)
QUIZ: Can you answer all the £1 million questions from Who Wants to be a Millionaire?
People think they've figured out the ranking of the viewers on your Instagram Stories
Someone in Ireland is €500,000 richer following Tuesday's EuroMillions draw
PICS: The man with the biggest penis in the world has one unbelievable problem with it
EA Sports bans Irish FIFA player who racially abused Ian Wright for life
You may also like
16 hours ago
Impact of vaccination on healthcare workers "phenomenal"
16 hours ago
Leo Varadkar felt "very bad" for missing Irish reopening dates last year
1 day ago
25 more people with Covid-19 have died in Ireland, 566 new cases
1 day ago
NUIG students told to write 2,000 word essay for breaching Covid rules
1 day ago
€17,500 worth of cocaine found at street party in Limerick
1 day ago
Fertility clinic sees huge increase in women freezing eggs since Covid-19
Next Page