‘A Yuge Welcome To The West.’

Irish bookmaker Paddy Power has marked the arrival of US president Donald Trump in Ireland in typically mischievous fashion, by building a presidential service station in his honour in Clare.

The station, known as ‘Donald Plaza’, is located at the site of Sean McCarthy Autos in Lissycasey and is, of course, the second of its kind to be built on Irish soil in honour of a visit of a US president following the building of the Obama Plaza in Moneygall in Offaly in 2014.

END_OF_DOCUMENT_TOKEN_TO_BE_REPLACED

With Trump due to land in Shannon Airport on Wednesday afternoon, the site has been decked out with banners marking his arrival in the west of Ireland, with messages such as ‘A Yuge Welcome To The west’, ‘Make Americanos Great Again’ and ‘Beautiful, Classy Plaza. Just Tremendous’. 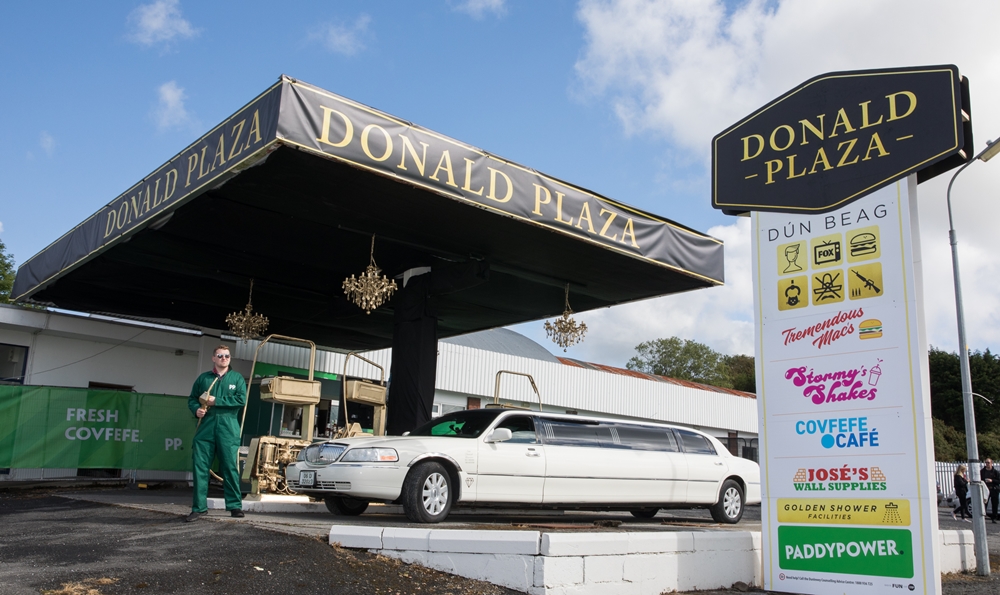 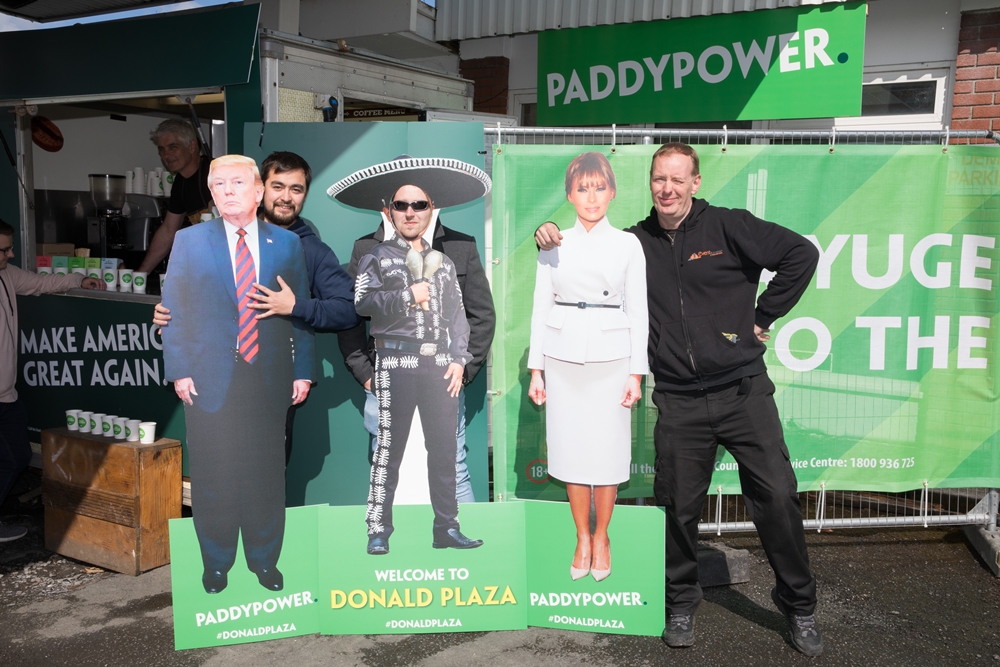 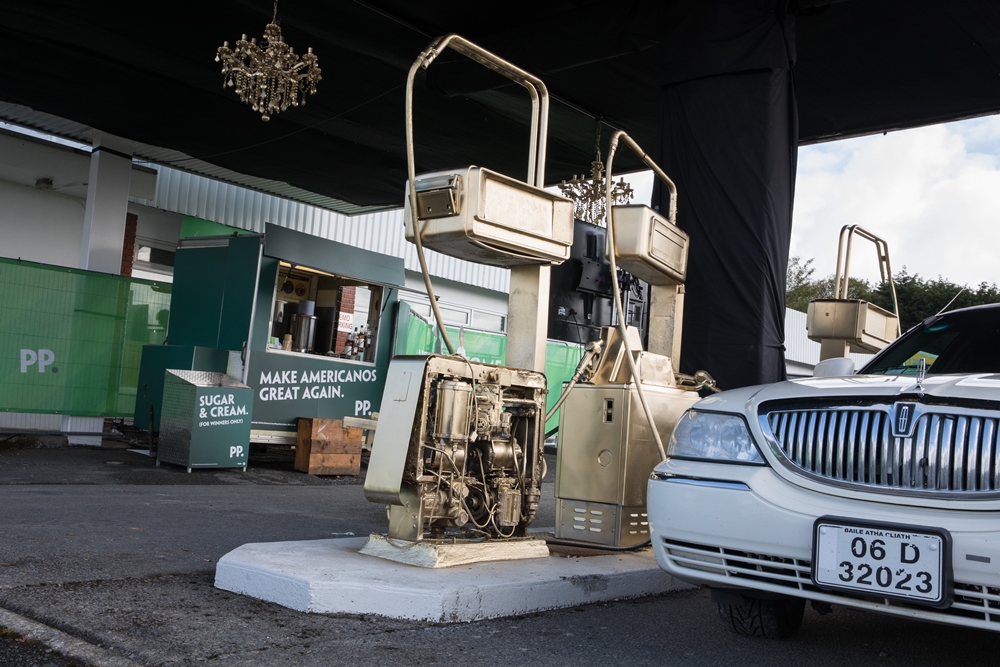 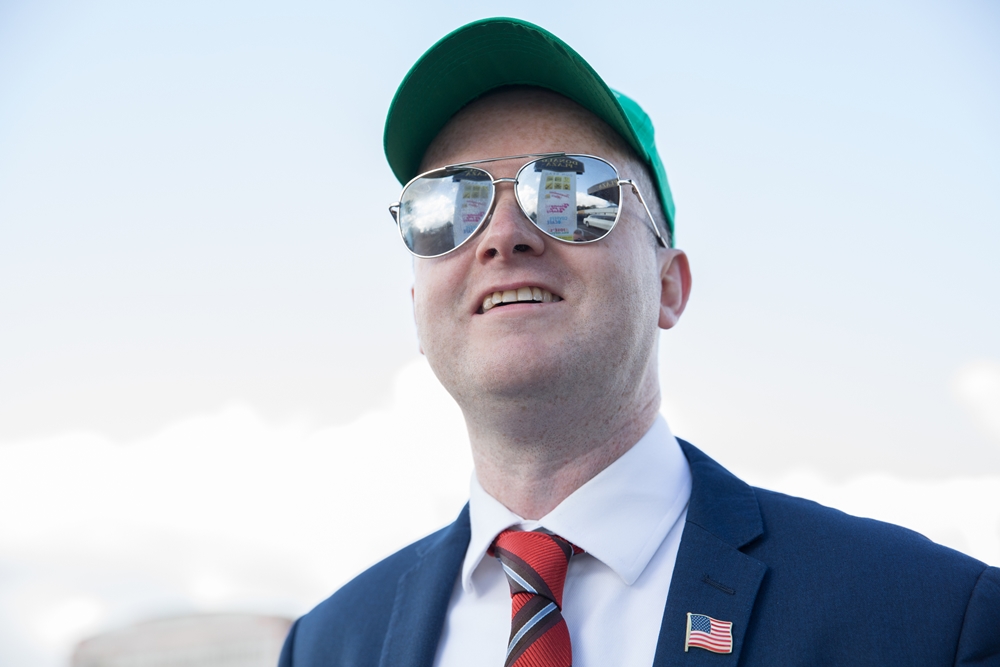 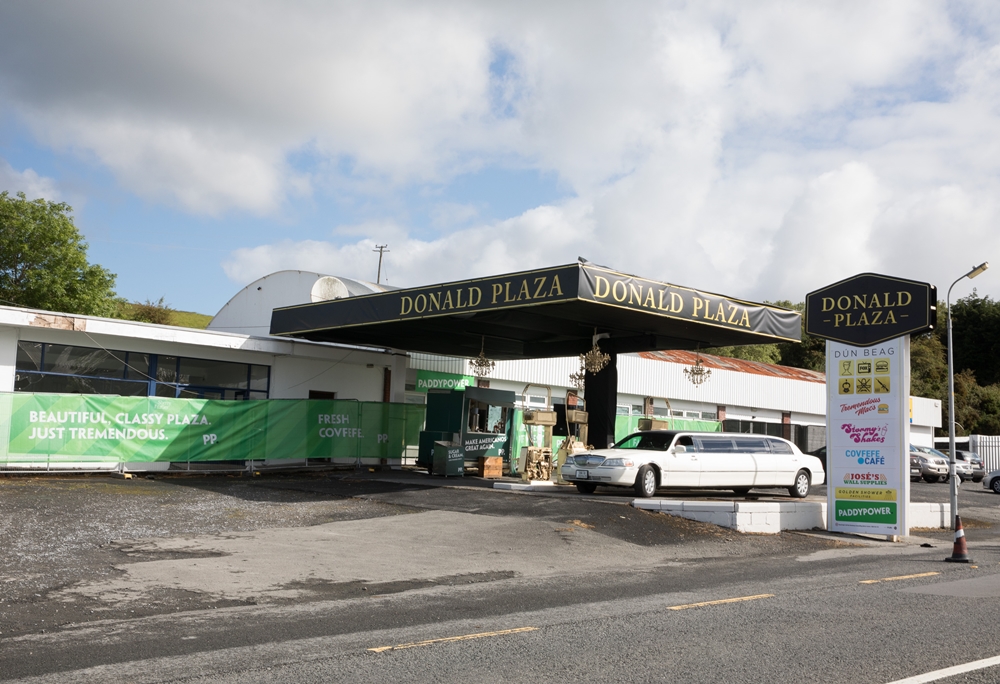 All images via Paul Sharp/SHARPPIX

Located a short spin from Doonbeg, where President Trump will stay in his own resort on Wednesday and Thursday night, 'Donald Plaza' also features a "tremendous" set of amenities, including:

END_OF_DOCUMENT_TOKEN_TO_BE_REPLACED

Commenting on the building of 'Donald Plaza', spokesman Paddy Power said: “Obama Plaza put Moneygall on the map. And, while we couldn’t trace any of his ancestors to the area, or the country for that matter, we thought this was as good a place as any to slap a service station in his honour.”

He continued: “It’s remote, features derelict views and the beginnings of a wall are currently under construction. The similarities between the Plaza and Trump are actually remarkable when you think about it.”

House of Rugby Ireland · Munster's nail-biting win, European games in doubt and Darren Cave interview
popular
The JOE Friday Pub Quiz: Week 226
Recall of Pedigree dog food over safety concerns
QUIZ: Can you correctly identify these European country flags?
QUIZ: Can you pass your driving test and guess the meaning of all these road signs?
QUIZ: Name all the counties of Ireland that contain 3 vowels or more
QUIZ: Can you guess the drink from its can?
QUIZ: Can you name the Marvel Cinematic Universe film from just a single screen shot?
You may also like
1 day ago
Pfizer to temporarily reduce vaccine deliveries to Europe
1 day ago
Covid-19 hospital cases continue to rise despite some "hopeful trends"
1 day ago
Church and State "bear heavy responsibility" over Mother and Baby Homes, says President
1 day ago
Josepha Madigan apologises for "insensitive" comment about "normal children"
1 day ago
28 more people with Covid-19 have died, 3,955 new cases
1 day ago
Gardaí fine three people for driving 80km to get a takeaway during Covid restrictions
Next Page