U.S. police task forces set up to crack down on 'city-wide paintball wars'

Despite that main image, this is actually a serious issue in the States right now.

Police officers in Detroit have been ordered to set up special patrols this weekend to ensure that a spate of city-wide paintball wars do not go ahead.

On Friday, a Detroit man was charged for allegedly firing a paintball gun at an officer and his police car. 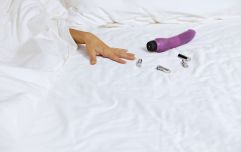 END_OF_DOCUMENT_TOKEN_TO_BE_REPLACED

The officer, who was in an unmarked vehicle, observed approximately 50 people shooting the pneumatic weapons at one another Wednesday on Detroit's east side.

When the officer turned on his lights to alert them to his presence, a 22-year-old man shot his paintball gun in the officer's direction, hitting the car, and he is now facing two misdemeanour charges: assault and propelling an object at a passenger vehicle.

Detroit Police Chief James Craig told local news that there had been a massive uptick in paintball related complaints, with around 100 calls to 911 in the last few days to do with paintball issues.

He has set up two special details this weekend, one on each side of the city, to crack down on paintball-gun use. 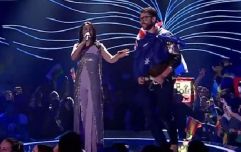 END_OF_DOCUMENT_TOKEN_TO_BE_REPLACED

Craig said that beyond the damage caused by the paintballs, there is also a much more serious issue to be aware (via USA Today):

"Police officers, when confronted with someone with a replica weapon... they may make the mistake thinking it’s a real firearm and feel threatened, and there may be a deadly response to that.

We think a happy medium would just be to watch all of the paintball episodes from Community again...

popular
The JOE Friday Pub Quiz: Week 308
Infant dies after being hit by jeep in Roscommon
Netflix has just added 23 very big movies to its library
Pilots fly over destination airport at 37,000 feet because they were both sleeping
Two Irish people arrested in "smuggling event" near Miami
One of 2022’s best hidden-gem comedy series is available to stream
Multiple fatalities after planes collide mid-air over California airport
You may also like
3 years ago
Oreo have released two new flavours and we're not exactly in a rush to try them out
4 years ago
Mayo ice-cream is now a thing that exists, confirming humanity has collectively lost its mind
4 years ago
PICS: Rats break into ATM, chew up over €15,000 worth of notes
4 years ago
All-You-Can-Eat restaurant forced into bankruptcy after two weeks due to customers eating too much
4 years ago
People in a small town in Florida were sent into a panic when an alert was issued for a zombie outbreak
4 years ago
WATCH: Football player sets fire to their own open-top bus during title-winning celebrations
Next Page