A study from 2016 showed that Ireland's pension gap is the second largest in Europe just behind our neighbours in the UK and that gap looks set to expand.

A think-tank by the Economic and Social Research Institute (ERSI) has suggested that Irish people should work until they are 70-years-old to qualify for a state pension. 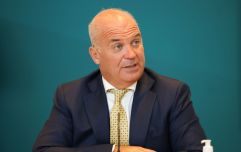 END_OF_DOCUMENT_TOKEN_TO_BE_REPLACED

Originally, people were able to apply for the state pension at 65 but since the bailout, the age has increased to 66.

However, the idea of raising the age to 70 has been floated around in the ESRI meeting.

Peter Cosgrave of CPL recruitment told Highland Radio that, "they are saying to do it now because the conservative estimates say we're adding €5 billion to our costs every five years. 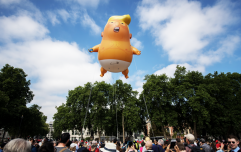 END_OF_DOCUMENT_TOKEN_TO_BE_REPLACED

"Or a couple of billion to €5 billion depending on who you speak about based on pensions costs. Everyone calls it a time bomb but every Government only goes into power for four years or maybe eight years. So, it's kind of one of these things that you don't really want to touch."

This move will follow in the footsteps of Australia, who also want to raise the age to 70 claiming that it will save their government $3.6 billion.

However, fitness expert Karl Henry told JOE that it could be good for a person's health to work until 70.

"To be honest it emphasises the importance of health and ageing healthier. Having a purpose in your life and a reason to get out of bed is a powerful thing and work can provide that. Above all this, it is yet another reason to mind the body, eat well and exercise to ensure you are as healthy as possible."

popular
Netflix has just added an incredibly tense 97-minute thriller
A county-by-county breakdown of the average rent in Ireland as rent inflation reaches record high
Nearly 100 flights delayed at Dublin Airport on Monday
18 counties hit with weather warning as temperatures set to reach 29 degrees
WhatsApp introduces way to choose who can and can't see you're online
Irish person dies after drowning in Spanish resort swimming pool
QUIZ: Can you get top marks in this short but tricky Irish geography quiz?
You may also like
4 years ago
145 people in Ireland have been given a diagnosis of HIV so far in 2018
4 years ago
Health Minister unsure of how many deaths the cervical cancer controversy has caused
4 years ago
Simon Harris promises free repeat smear tests following recent cervical cancer scandal
4 years ago
Health Minister Simon Harris issues apology and warns against spread of deadly flu virus
4 years ago
A proposal to make housing a constitutional right has been put forward
4 years ago
Minister for Agriculture issues a stark warning about future Irish weather conditions
Next Page