A petition has been started at Change.org to prevent the council from removing the powerful image of two men embracing, which was put in place 13 days ago and has received widespread praise from those seeking a Yes vote in the upcoming Marriage Equality referendum.

Joe Caslin, the artist who installed the mural overlooking South Great George's Street in the capital, told JOE that the council wrote to him last week to say that the artwork could be in breach of planning law.

"Sent me a warning letter saying it may or may not be in breach of planning law. They're currently having a discussion over it," said Joe, who is keen to see his work remain in place at least until the vote on May 22nd. 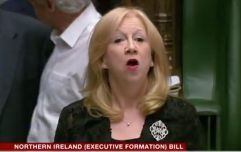 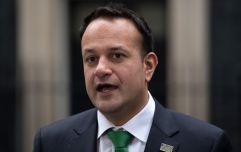 END_OF_DOCUMENT_TOKEN_TO_BE_REPLACED

Joe says that the response to the mural has been hugely positive.

"Some of the emails I'm getting are incredibly powerful. People are walking by it to get an energy from it. Imagine being a young gay man and you see it, and you get a sense of really fitting in. It's taken a life of its own and people have really been connecting with it."

For those of you interested in owning what has already become an iconic image of modern Ireland, you can order a copy of the print here.

popular
25 years ago, Sylvester Stallone delivered his best performance in a hard-hitting crime drama
Gardaí urge public not to share "upsetting" pictures of fatal assault of Paul 'Babs' Connolly in Westmeath
Disney+ has just added 10 big movies to its library
QUIZ: You'll do well to get 100% in this General Knowledge Quiz
FBI release findings of Rust investigation after shooting of Halyna Hutchins
QUIZ: You'll need to be razor-sharp to get 100% in this General Knowledge Quiz
The JOE Music Quiz: Week 117
You may also like
2 years ago
Westminster will lift Northern Ireland's abortion ban if the north still has no government next month
4 years ago
Austria has officially legalised same-sex marriage
5 years ago
Australian tennis legend writes open letter vowing to boycott Qantas over same-sex marriage stance
5 years ago
On its two-year anniversary, a look back at the iconic Marriage Equality referendum
6 years ago
PIC: There's a wonderful Marriage Equality mural in Belfast and it's getting lots of love
3 days ago
Forget about ultra cheap Ryanair flights for the foreseeable future, says O'Leary
Next Page