You might have seen the term "Free the Nipple" doing the rounds over the last few months and wondered what it was all about.

To sum it up, it's an equality movement started by activist Lina Esco to highlight the double standards over the censorship of female breasts.

It's effectively illegal for a woman to be topless or to breastfeed in public in 35 American states and, in places like Louisiana, women could face three years in jail for the offence. 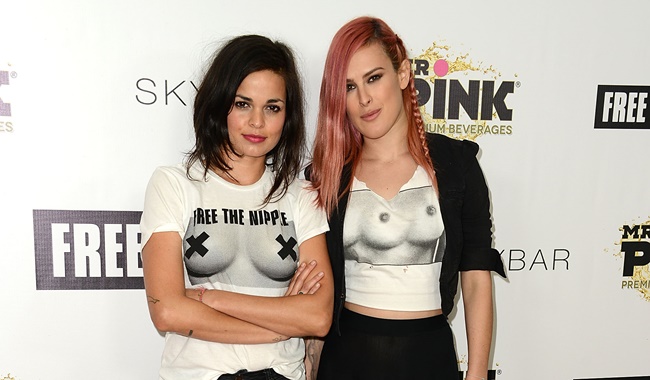 Lina Esco and Rumer Willis at "Free The Nipple" Fundraiser

The "Free the Nipple" movement takes a stand against that sort of censorship and loads of celebrities have supported it by revealing their nipples on social media.

The latest person to do it is model Chrissy Teigen after she posted four topless photos of herself on Instagram.

The social media platform, however, has a zero tolerance policy towards nudity, but Teigen kept reposting the image in order to make her point. 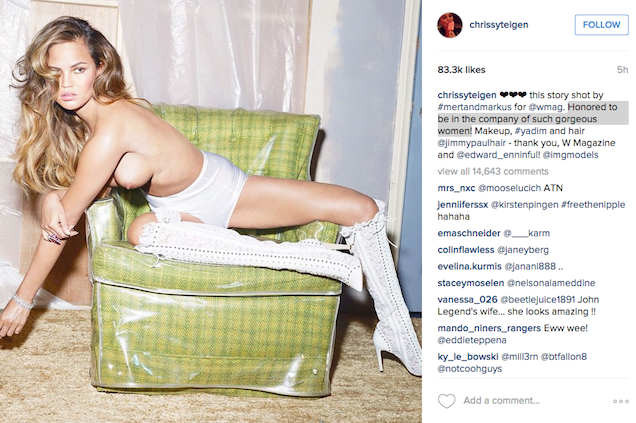 83,000 likes later, Instagram deleted it but Chrissy didn't give up. 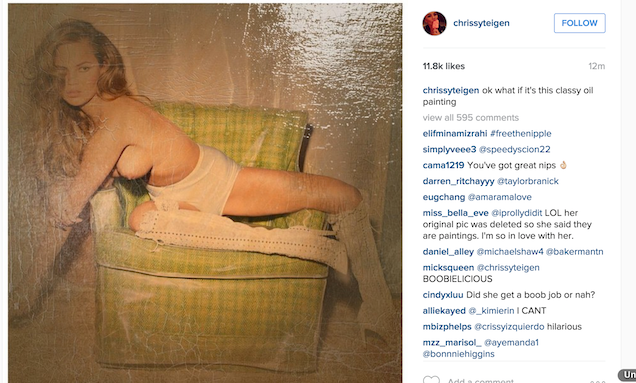 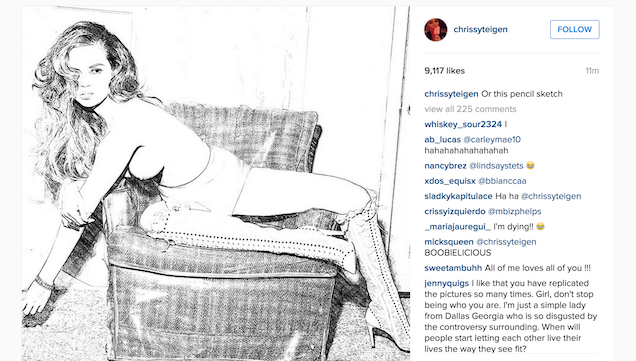 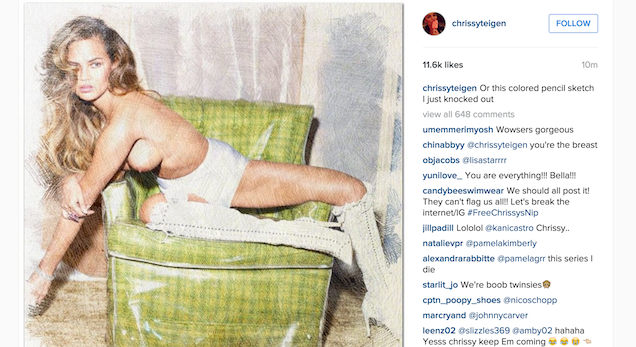 Those images were also deleted but Chrissy, who's married to singer-songwriter John Legend, felt she'd made her point so she went back to posting about less controversial things.

The Big Reviewski || JOE · The Big Reviewski with Andy Serkis, Squid Game follow-ups & the return of Succession
popular
New €140 million road officially opens today, replacing one of the Ireland's most dangerous roads
Expert wants 10 antigen tests delivered each week to every family this winter
QUIZ: Can you master this General Knowledge Quiz?
The JOE Movie Quiz: Week 124
The cleanest towns in Ireland have been named
The JOE Friday Pub Quiz: Week 265
QUIZ: Get your quiz on with this General Knowledge Quiz
You may also like
3 months ago
John McAfee’s Instagram deleted after cryptic 'Q' post following his death
7 months ago
Instagram bans adults from messaging users who are under 18
1 year ago
The most Instagrammed honeymoon destinations in the world have been revealed
1 year ago
Instagram model raises over $500,000 for Australian bush fires by selling nudes
2 years ago
Instagram's new messaging app wants to know a lot about you
2 years ago
It looks like Facebook are planning on hiding their like counts
Next Page