The year was 2012, the picture was presidential, the moment was magic.

Obama had just won re-election and his official Twitter account tweeted this warm embrace between the President of the United States and his wife, Michelle.

END_OF_DOCUMENT_TOKEN_TO_BE_REPLACED

The Tories look to have blown all election opponents out of the water, David Cameron is on the brink of being re-instated as the Prime Minister of the UK, and this awkward picture is going viral.

Cameron, in what looks like a possible attempt to recreate a version of the iconic Obama picture, proceeded to mash his face into that of his wife Samantha's and poked his nose right into her eye.

Here's to a brighter future for everyone. pic.twitter.com/EeN0YFAvBm 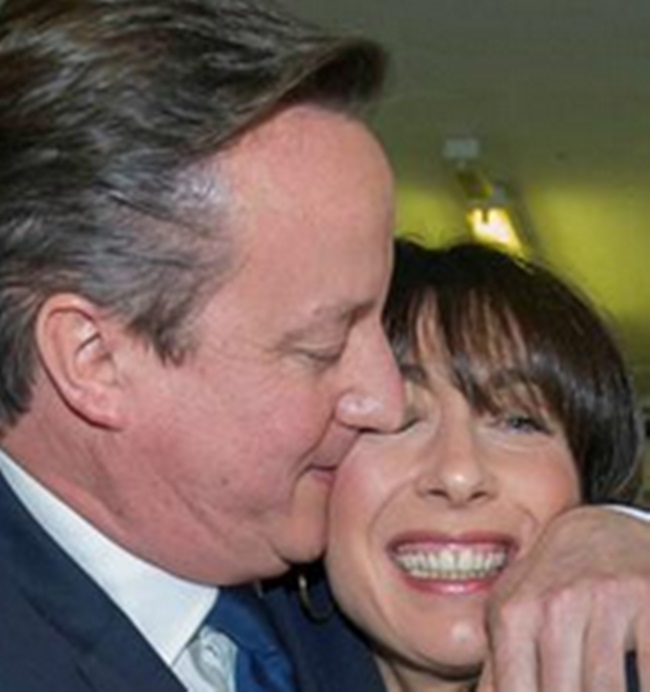 popular
QUIZ: Can you get top marks in this short but tricky Irish geography quiz?
Nearly 100 flights delayed at Dublin Airport on Monday
4-year-old girl killed in Sligo caravan park named as Alice Dunleavy
The JOE Movie Quiz: Week 166
RTÉ tries to solve Michael Collins murder in new documentary
Man in his 20s in critical condition following assault at public transport stop in Dublin
Grease star Olivia Newton-John has died, aged 73
You may also like
1 month ago
The Chase star Bradley Walsh can't control his laughter after the most NSFW answer ever
1 month ago
WATCH: Lightyear star reveals who'd win in a fight between him and Thanos
1 month ago
30 years on, The Simpsons writer confesses he misunderstood iconic joke
5 months ago
30 years ago, Arnie's biggest prank ended with Stallone's biggest flop
6 months ago
China gives Fight Club a new ending, manages to completely change the plot of the movie
8 months ago
Who tweeted it: Simu Liu or Rahul Kohli?
Next Page