PIC: Hozier supports the Repeal the 8th campaign as he poses with fans during today's march

He was happy to support the cause.

Peaky Blinders star Cillian Murphy wasn't the only famous face in the crowd today as thousands of people took to the streets of Dublin to demonstrate their support towards repealing the Eighth Amendment.

Thousands participated in the rally that began at the Garden of Remembrance and the demonstrations in Dublin were just one of the many more that place across countries all over the world. 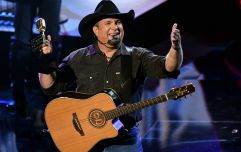 END_OF_DOCUMENT_TOKEN_TO_BE_REPLACED

Bray singer Hozier has previously been a firm supporter of the Yes campaign for marriage equality and he was very happy to lend his support behind the Repeal the 8th campaign.

Take a look as the Grammy nominated singer posed with fans during today's march.

Sharing a laugh with Hozier while protesting for women's rights! #repealthe8th pic.twitter.com/EtbBA2OeEN

The Big Reviewski || JOE · The Big Reviewski with Y: The Last Man, that Malignant ending & a secret streaming service
popular
The film that predicted the pandemic is among the movies on TV tonight
Cash, Rolexes, cars and one Canada Goose jacket seized in major Garda raid
You could be shopping in an Aldi store with no checkouts in Ireland in the near future
Five of the most memorable moments from Never Mind The Buzzcocks
Government announces special €1,860 payment for laid-off workers during pandemic
New special payment for workers laid off during pandemic - Who is eligible and what are they entitled to?
QUIZ: Can you 100% this tricky Oasis quiz in just three minutes?
You may also like
2 days ago
JOE’s Song Of The Day #911 – Three Underneath ‘Sun May Glow’
1 week ago
REWIND: System of a Down’s Toxicity is 20 years old and still as vital as ever
2 weeks ago
JOE’s Song Of The Day #910 – PRiiCE 'Sweet Life'
2 weeks ago
The JOE Music Quiz: Week 73
3 weeks ago
JOE’s Song Of The Day #909 – Cian Ducrot ‘Chewing Gum’
1 day ago
Woman aged in her 50s dies following Monaghan road collision
Next Page