"When there’s something strange in your neighbourhood, who you gonna Snapchat?"

A young Irish teen was taking some pictures in her house in Co. Down when her friend spotted something weird lurking in the back of this particular photo. 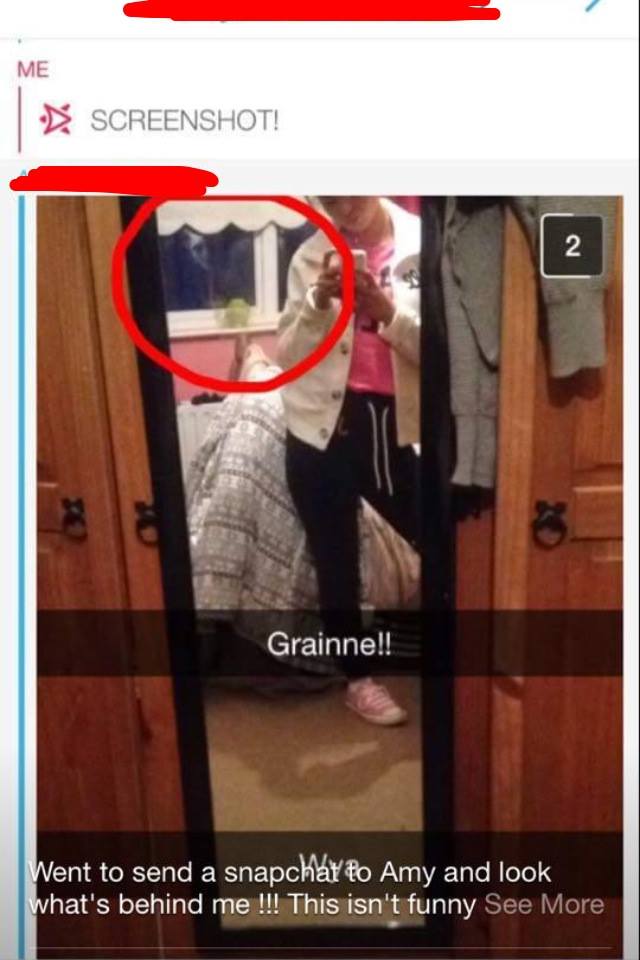 Grainne Dowdall, 14, took the picture in an upstairs bedroom of her Newry home and sent it to a friend who said there was something, or someone, lurking behind her.

Lets take a closer look with thanks to our friends in CSI Miami. 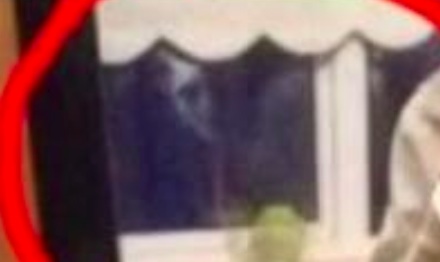 Speaking to the Irish Mirror, Grainne’s sister Sinead said: "It was sent on Snapchat and her friend saw it straight away, took a screenshot and sent it back in shock."

END_OF_DOCUMENT_TOKEN_TO_BE_REPLACED

"It's so creepy. Our house is only around 10 years old but we have had stuff happen in the past couple of months like noises and footsteps and people being tripped."

We really hope this is some sort of optical illusion; otherwise we may owe Derek Acorah an apology.