Marty Morrissey is a man of many talents but one of the strings to his bow that we were unaware of was his skillz on the decks. The RTE commentator revealed his more edgy musical side in Cork last night and we're gutted we missed out.

Marty was in town to host the Reardens Cork GAA club All Star awards which is an annual awards ceremony held to celebrate the club players in the Rebel County. Ballincollig’s Patrick Kelly and Daniel Kearney of Sarsfields were the big winners picking up the footballer and hurler of the year award respectively.

Once Marty finished up announcing award winners, he headed upstairs to the Secret Garden nightclub where this happened. Check out the finger point, David Guetta would be proud of it. 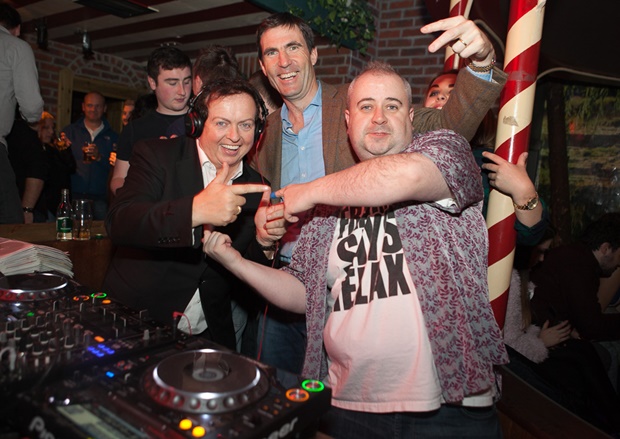 popular
Status Orange thunderstorm warning issued for 14 counties
Disney+ has just added 10 big movies to its library
New Garda uniform to be rolled out on Monday
QUIZ: You'll do well to get 100% in this General Knowledge Quiz
Marty Whelan "strangely flattered" by tattoo resulting from Fantasy Football forfeit
QUIZ: Match The Simpsons quote to the character who said it
Gardaí urge public not to share "upsetting" pictures of fatal assault of Paul 'Babs' Connolly in Westmeath
You may also like
1 month ago
36 vacant properties nationwide to be re-developed into community hubs
1 month ago
Man arrested in connection with 1981 murder of Nora Sheehan
1 month ago
Teenager in critical condition after car hits tree in Cork
1 month ago
The Obamas are heading to Cork to film their first Netflix series
2 months ago
Six towns in Ireland set to be picked for new Night-Time Economy pilot programme
2 months ago
Woman dies and two children rescued after car enters Cork river
Next Page