PIC: This PSNI tweet tells women how not to get raped this weekend

Pre-emptive victim blaming is alive and well and it's living on the PSNI Newry & Mourne's Twitter account, which has issued this helpful message telling women how not to get themselves raped this weekend.

Of course, by 'helpful' we mean 'patronising and insulting to both genders', an example of an authority putting the onus on women not to use their wiles to tempt us gormless, helpless men from giving in to our uncontrollable sexual urges. 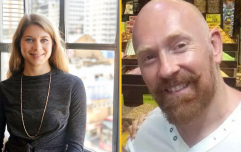 END_OF_DOCUMENT_TOKEN_TO_BE_REPLACED

If you are the victim of a sexual assault, ladies, it's clearly because you had too much to drink and you didn't stay in your pack.

How can any reasonable man be expected to thwart his biological urges in the face of such temptation? 'Have penis, must rape', as the saying doesn't go.

Luckily we have the Twitter account of PSNI Newry & Mourne to keep us all in check, to remind women that they must be measuring threat at all times, that they must be vigilant against our unstoppable predatorial instincts.

Hopefully they'll be along with another carefully crafted tweet later on to remind us men to drink as much as we like, steal several traffic cones on the way home, grab a kebab, even piss ourselves a little bit but to absolutely NOT sexually assault anyone before bedtime.

The Big Reviewski || JOE · The Big Reviewski with Dune, a mini-Hangover reunion & the best of Timothée Chalamet
popular
Alec Baldwin fatally shoots woman with prop gun on movie set
Christy Moore has announced 10 nights at Vicar Street starting next month
HBO announces a new Sopranos series is in the works... kind of
Human remains found positively identified as Brian Laundrie
QUIZ: Can you name all the countries beginning with L?
CONFIRMED: Nightclubs to open at 100% capacity, 11.30pm curfew has been removed
Dublin museum voted Europe’s leading visitor experience... again
You may also like
1 year ago
Martyrs - What price do women have to pay when we ask them to share their stories?
3 years ago
NYPD have 'enough to arrest' Harvey Weinstein following latest rape allegations
3 years ago
Newstalk presenter reveals details about an 'Irish Harvey Weinstein'
4 years ago
Dil Wickremasinghe is taking herself off-air in protest against George Hook's comments
4 years ago
Newstalk and George Hook release statements following his on-air comments about rape
4 years ago
'What one man took away, a hundred men have rebuilt'
Next Page