Pic: THAT Dublin hotel is courting controversy yet again with ‘Irish only’ job post

You probably know the hotel we’re on about already.

We’re guessing that you’ve heard about the Charleville Lodge Hotel in Dublin already, but if you haven’t, a quick look at the recent controversy surrounding hotel prices for Ed Sheeran's Dublin gig will tell you what they’re all about.

The proprietor, Pól Mac Stibhin, is obviously a firm believer in the ‘no publicity is bad publicity’ school of opinion and while we know that us raising awareness of the hotel once again is providing the publicity Pól is looking for, his latest stunt is still controversial enough for us to bring it to your attention.

On their Facebook page, the Charleville Lodge Hotel are currently advertising a vacancy for a receptionist post with one pretty big stipulation: the candidate needs to be Irish. 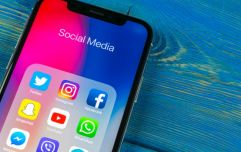 END_OF_DOCUMENT_TOKEN_TO_BE_REPLACED

Such a stance would have been discriminatory enough and they could have just stopped there but it won’t surprise you to know that they took it even further, with lines like “A ‘Full Irish’ is only a ‘Part Irish’ if it is served by a Lithuanian national”.

Pól says he “couldn’t give less of a s**t” what the Immigration Council of Ireland think and he ends the advert by taking pride in its discriminatory stance, saying: “For the past 15 years, 90% of our staff have been non-nationals. It is time we put an end to this kind of discrimination. Enough is enough.”

You can read the post in full on the Facebook page here but we should warn you that it might make you very angry, although hopefully Pól’s shock tactics will hopefully start wearing very thin very soon.


popular
Ireland's best places to work for 2020 have been revealed
ISPCA rescue horse tied to electricity pole in Tipperary
Interactive infographic shows real-time spread of coronavirus outbreak
Here's Week 21 of JOE's 19 in 90 quickfire quiz
QUIZ: What movie/TV show are these fictional sports teams from?
Emirates is recruiting new cabin crew members in Galway for tax-free jobs
Six dead following mass shooting in Milwaukee
You may also like
1 month ago
Facebook bans deepfake videos ahead of 2020 US election
2 months ago
The most talked about moments on Facebook in Ireland this year have been revealed
3 months ago
Facebook rolling out a way for users to make the app far less annoying
3 months ago
Facebook described as 'toxic' by Eamon Ryan at fake news and disinformation hearing
4 months ago
WATCH: Alexandria Ocasio-Cortez grills an uncomfortable Mark Zuckerberg at congressional hearing
5 months ago
Facebook to start hiding the number of Likes beneath posts
Next Page