An easy enough mistake to make, both in terms of the similarity of the names and the similar levels of respect both men command amongst the Irish people. Seriously.

While the historic state visit of President Michael D Higgins to the UK has naturally commanded a lot of attention amongst the fourth estate in Ireland, it isn’t as much of a big deal amongst the British media, with coverage of it often relegated to small paragraphs in newspapers or token mentions on radio stations and websites.

It was nice to see then, that it was the subject of a fairly lengthy and in-depth piece on The Guardian website yesterday recounting his visit to Westminster, a piece in which Michael D was described thusly by journalist John Crace. 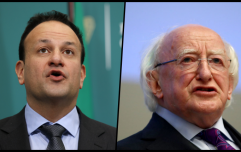 END_OF_DOCUMENT_TOKEN_TO_BE_REPLACED

“What Higgins lacks in stature, he more than makes up for in presence,” Crace wrote.

“He is one of those rare politicians who naturally inspires trust in an audience, a man for whom the bullshit radar can be switched off. An academic, poet, – he's no Heaney or Yeats but he's a lot better than the "O Ye's" of many Irish poets – author, as well as statesman. A man who has had a life both in and out of politics and who, at the age of 72, has yet to blemish his record on speaking out on human rights with his actions in defending them.”

So far, so good, but the piece was slightly spoiled by what would be a fairly innocent typo everywhere else, but in Ireland, is the difference between one of the most iconic figures in our history and a twee singer who, although he might be as well-known, hasn’t had quite the same effect on Irish history as the man whose name is remarkably alike to his. 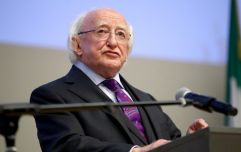 END_OF_DOCUMENT_TOKEN_TO_BE_REPLACED

The mistake was acknowledged in a footnote that’s still present on the piece on The Guardian, even if some might argue that Daniel O’Donnell himself was worthy of a mention alongside the other famous figures name-checked by Michael D and there was no need for the correction in the first place.

popular
QUIZ: It's time for one of our trickiest General Knowledge Quizzes yet
An underappreciated sci-fi blockbuster is among the movies on TV tonight
Landlords must give longer eviction notice periods under newly passed legislation
The JOE Movie Quiz: Week 161
The JOE Friday Pub Quiz: Week 301
QUIZ: Can you get 100% in JOE's great big halfway through 2022 quiz?
Jordan Peterson suspended from Twitter over Elliot Page comment, says he won't apologise
You may also like
2 weeks ago
Local bishop criticises Michael D. Higgins' statement following Nigerian church shooting
1 month ago
"Incredible and dangerous narcissism" – Michael D. Higgins slams Elon Musk's purchase of Twitter
2 months ago
Michael D Higgins expresses his support and condolences following "appalling recent events" in Ireland
2 months ago
EXCLUSIVE: John C. Reilly - "It felt like all of Ireland was hugging me"
3 months ago
Michael D Higgins calls for unity with Ukraine in heartfelt St Patrick's Day message
4 months ago
"Darkness has fallen across the world" – President Higgins calls for end to violence in Ukraine
Next Page