Pic: This new airplane seat design will have you wishing they keep the current ones

We dearly hope these never actually make it into the sky.

Jokes about various budget airlines bringing in standing room only flights are as old as the internet itself but it seems Airbus are thinking of making it at least partly a reality.

The French airline maker has submitted a design for patent with the US Patent Office that would change radically how you are seated on a flight. 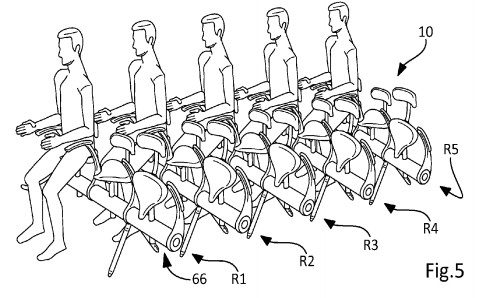 Called the 'Seating Device Comprising a Forward Foldable Backrest'  it looks a lot like the seats you get in Croke Park, only with less leg room and a much smaller, almost bicycle saddle style seat that you sort of perch on rather than sit on. 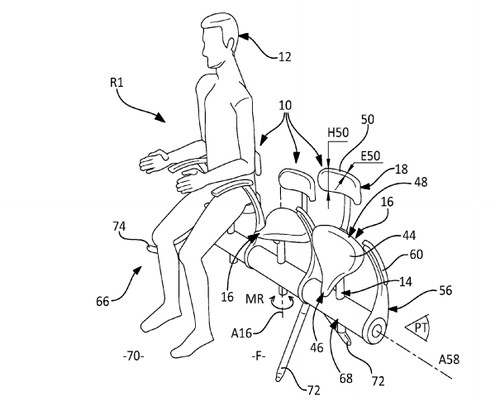 These new seats would obviously allow for many more people to fit on the plane, a big boost for airlines, but without any tray tables, or traditional backrests, it surely couldn't ever be implemented on longer jaunts.

END_OF_DOCUMENT_TOKEN_TO_BE_REPLACED

Yahoo Travel spoke to Airbus about the design and they assured them that this was not something to get too concerned about.

“It is just a patent,” Airbus Communications Manager Mary Anne Greczyn told them before saying that they file thousands of patents that their design teams come up with that so that one day, perhaps far into the future, they will have them if they need to be implemented.

We hope this one stays on the shelf...

popular
Katherine Ryan says famous TV star is a ‘predator’ and everyone in industry knows
20 years ago, one of the best sci-fi movies of the 21st century was a box-office bomb
The JOE Movie Quiz: Week 181
QUIZ: Only the sharpest will get 100% in this General Knowledge test
QUIZ: Can you possibly get everything right in this General Knowledge Quiz?
QUIZ: JOE's Big News Of The Day Quiz #19
The JOE Friday Pub Quiz: Week 322
You may also like
4 days ago
Multiple people killed following shooting at American supermarket
1 week ago
Piers Morgan says it's "time to admit Brexit has been a disaster" and calls for second referendum
1 week ago
Five dead following mass shooting at gay nightclub in Colorado
1 week ago
Donald Trump Twitter ban lifted thanks to a very stupid reason
1 week ago
Man who exposed Jimmy Saville has new theory about Madeleine McCann disappearance
1 week ago
NASA launches most powerful rocket in history, as witnessed by Love/Hate actor
Next Page