Parts of the city have also been closed off.

Anti-austerity protests have taken place in Dublin City centre this afternoon with Dame Street, College Green, Molesworth Street and Kildare Street all closed off due as marchers taking part in the National Demonstration Against Austerity.

From the horde of original protesters,  a small group of about seven to ten protesters managed to enter the premises in Bank of Ireland before Gardaí from the Public Order Unit arrived on scene to escort them away.

Here they are entering the building. 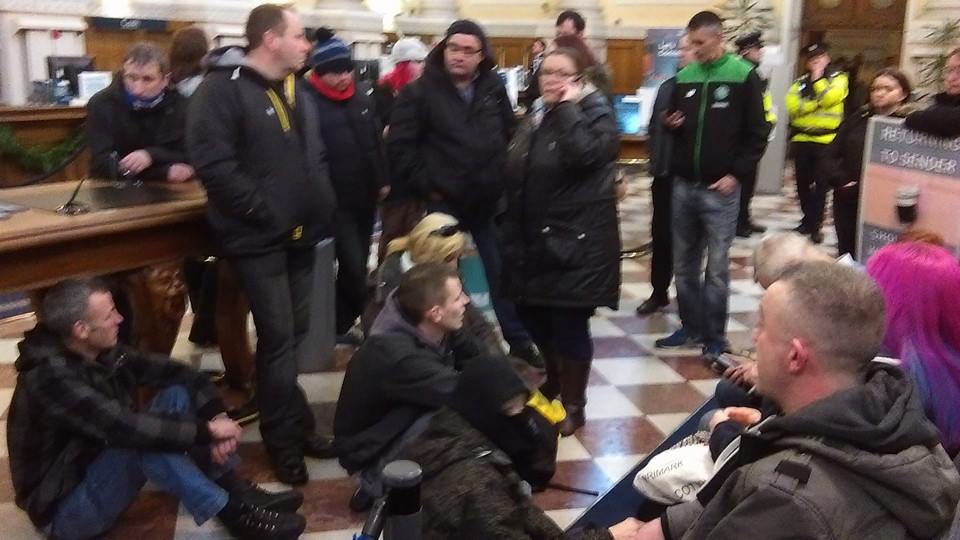 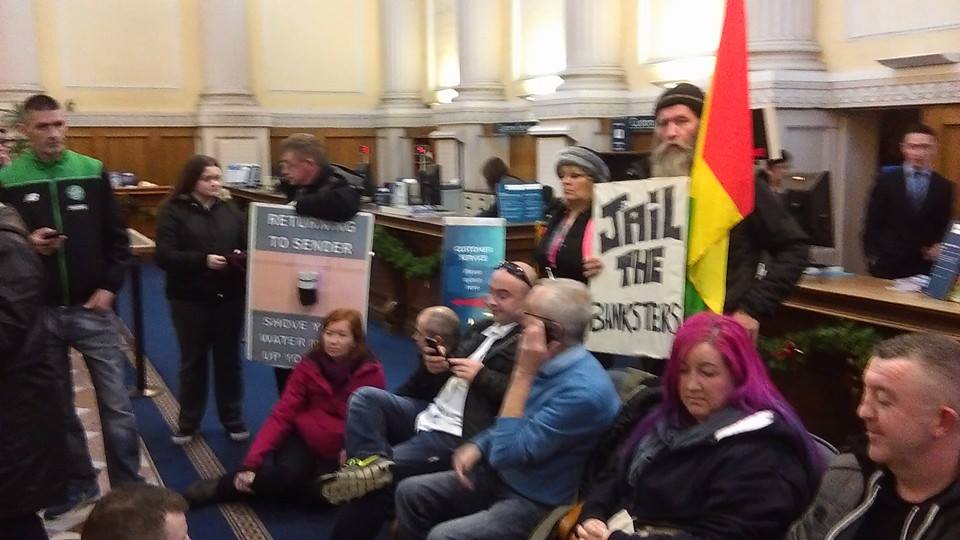 As you can see below, there was a considerable Gardai presence on the scene to escort them away.

The Big Reviewski || JOE · The Big Reviewski with Ray Liotta, Goodfellas facts & Tom Hanks making us cry
popular
EU lorry drivers vow not to help UK get “out of the s**t they created themselves”
Netflix has just added arguably the very worst movie of the last decade
Four major employers join forces to create Ireland’s first remote working alliance
Up to 90% of petrol stations in the UK have run dry
Gardaí appealing for witnesses after body of man in his 20s found in Dublin's Grand Canal
Here’s what graduates from Irish colleges can expect to earn in the workplace
An Oscar-worthy Margot Robbie performance is among the movies on TV tonight
You may also like
1 week ago
Take a look inside the five most expensive homes sold in Dublin this month
2 weeks ago
Missing person search stood down after body of a woman found in River Dodder
2 weeks ago
Mayo man giving people the chance to win a Dublin city penthouse for just €58
3 weeks ago
Pedestrian seriously injured after road collision with truck in Dublin
3 weeks ago
Ireland's population has topped 5 million for the first time since 1851
4 weeks ago
Dublin Airport apologises for "lengthy queues" at security on Sunday morning
Next Page