Do not f**k with these students' goujons.

The local student bar in DCU in Dublin, the NuBar, is famous for its chicken goujons and chips. Ask any present or past students of the university, they'll tell you.

The meal consists of lovely fresh, crispy fries along with five succulent goujons and students have been devouring it for years and years.

That all changed at the start of this semester when students were horrified to find that there was a change; it still has lovely fresh, crispy fries but now it only has FOUR goujons.

Needless to say, there was uproar with some students left devastated.

Feels like I'm missing a limb without the 5th goujon #BringBackOurGoujon

Preparing for The Full Monty and now I've lost 20% of my main Protein source!! #BringBackOurGoujon #WhatAboutThemGainstho?

Goujons in NuBar is in the same category as a Sunday roast, both make you feel at home and bring ultimate satisfaction #BringBackOurGoujon

It is always the students that are targeted first. What's next?? 10 euro cover charge into shite night ?? utter joke #BringBackOurGoujon

One lad even chained himself to a fence in protest. 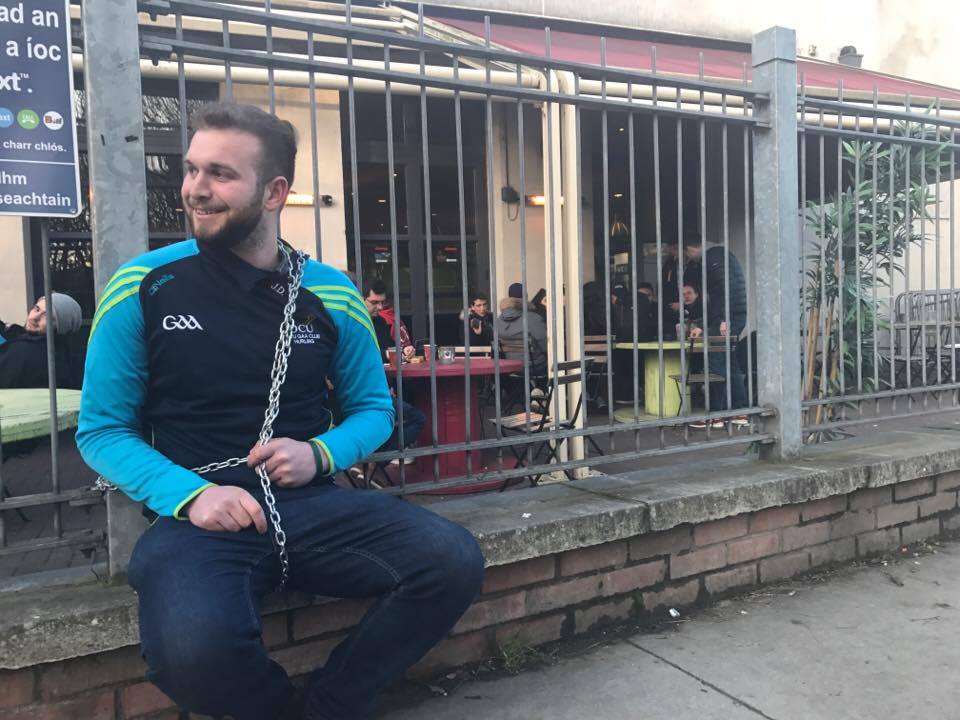 DCU's Dylan Kehoe decided to do something about the controversial cutback so he started the #BringBackOurGoujon campaign on social media.

It says it all, doesn't it?

He also posted the campaign on his own Facebook page which has garnered plenty of likes and shares from pupils past and present.

The power of people has been well documented over the past few weeks and it looks like the students in DCU may have done enough to force a reinstatement of the fifth goujon.

Negotiations are in place for the Nubar to bring back the 5th goujon. Every little helps. Use #BringBackOurGoujon to help.

Needless to say, we'll be following this story very closely over the next few days. #BringBackOurGoujon

popular
Disney+ has just added 10 big movies to its library
QUIZ: You'll do well to get 100% in this General Knowledge Quiz
QUIZ: How well do you really know Irish weather?
The JOE Movie Quiz: Week 167
The 50 most iconic songs of all time* have been revealed
25 years ago, Sylvester Stallone delivered his best performance in a hard-hitting crime drama
Why Bran Stark is the true villain of Game of Thrones
You may also like
17 hours ago
Man in his 30s dies following collision with tree in Wexford
17 hours ago
The new Garda uniform has finally hit the streets
1 day ago
Gardaí urge public not to share "upsetting" pictures of fatal assault of Paul 'Babs' Connolly in Westmeath
1 day ago
Thunderstorm warning for Ireland escalated to Status Orange with hail and flooding forecasted
1 day ago
Nearly €400k worth of cannabis seized in Galway
2 days ago
Thunderstorm warning to kick in for Ireland this weekend
Next Page