Where would we be without J1 students who have memorable stories… and razors?

Recently, we featured a story that involved a few Irish J1 students, Ed Sheeran and a whole load of drink. This time around, there’s less Ed Sheeran and more shaven body hair (and probably the same amount of drink… probably).

JOE reader Paul Devane recently sent us in some pics he received from a group of his mates who are currently in Costa Mesa, California for their J1.

One of the lads, Mark Treanor, decided to jazz himself up a bit before visiting the Las Vegas Strip and what says, “VEGAS BABY” more than a dollar sign shaven into your chest and the ace of spades on your back? Eh, nothing really... 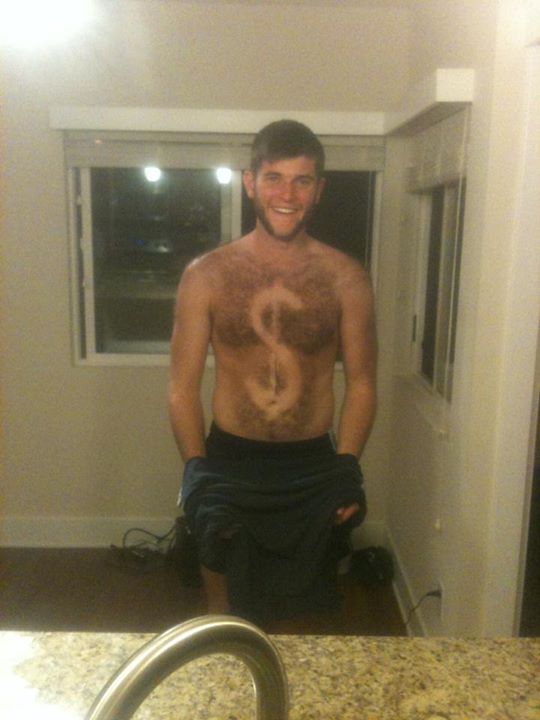 We have it on good authority that Mark is planning to show off his handy work to the ladies in Vegas before the lads finish off their J1, so here’s to hoping he hits the jackpot in more ways than one... 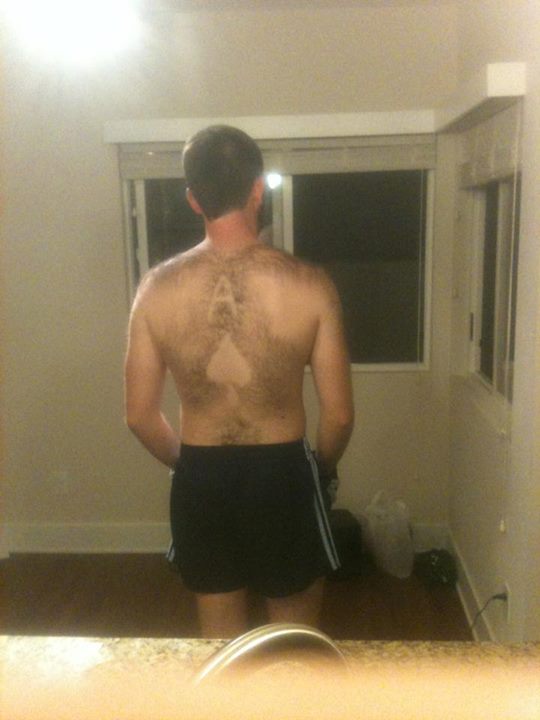 Big thanks to Paul Devane for sending in the pics.

popular
QUIZ: Can you guess these European countries from their outlines?
QUIZ: Can you answer all the £1 million questions from Who Wants to be a Millionaire?
QUIZ: How well do you know Elf?
The JOE Movie Quiz: Week 79
The 50 most iconic songs of all time* have been revealed
Man arrested following the murder of a woman and two children at a house in south Dublin
Two Penneys stores to open for 24 hours next week
You may also like
11 months ago
Ed Sheeran is taking another break from music
11 months ago
Ed Sheeran crowned as the UK’s artist of the decade
1 year ago
"Emotional" Ed Sheeran announces he is taking an extended break from music
1 year ago
WATCH: The Mountain from Game of Thrones lifts Ed Sheeran over his head like a rag doll
1 year ago
An Ed Sheeran pop-up shop is coming to Dublin this week
1 year ago
Ed Sheeran announces surprise new album
Next Page