Miggeldy who is well known for his sweet relationship with his dogs has now welcomed two adorable new additions - Gray Lass and Aimhirgin.

President Michael D Higgins has welcomed two ponies to live at Áras an Uachtaráin over the next four months.

The ponies will live in the grounds surrounding Áras an Uachtaráin, the official residence of the Irish President in Dublin’s Phoenix Park, as part of a plan to increase the biodiversity at the 130-acre location.

END_OF_DOCUMENT_TOKEN_TO_BE_REPLACED

Higgins launched a partnership with Kylemore Abbey on Monday that will see the Connemara ponies, Gray Lass, and her colt foal Aimhirgin, owned by the abbey, move onto the grounds over the coming months.

The ponies are set to graze in the grounds of the Áras as part of a programme of work to enhance the biodiversity of the 130-acre site. 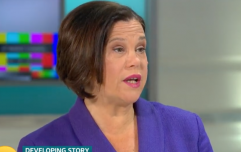 END_OF_DOCUMENT_TOKEN_TO_BE_REPLACED

The arrangement arises from the recommendations in a recent biodiversity audit, commissioned by President Higgins, to develop a conservation plan for the grounds of Áras an Uachtaráin.

The Biodiversity Audit, undertaken by scientists from Trinity College Dublin, made a series of recommendations about the future sustainable management of the Áras grounds.

One of its key recommendations was that a sustainable grazing regime be put in place, to allow for an improvement in the biodiversity of the meadows within the Áras grounds.

The aim is to promote a greater diversity of wildflowers and plants, along with increases in fauna dependent on such a diversity of flora. 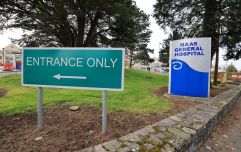 END_OF_DOCUMENT_TOKEN_TO_BE_REPLACED

The President is well known for his relationship with his dogs, who Miggeldy is rarely seen without.

The audit concluded that although the current management of the land is already sensitive to biodiversity needs, there would be benefits to improving the quality of the semi-natural grasslands, and creating more wetlands habitats.

The low-intensity grazing of horses and cattle reduces vegetation grows in the grasslands, reduces the return of nutrients to the soil, and helps create the circumstances for broadleaf herbs to germinate.

80% of the 130-acre grounds around the Áras is classified as "natural habitat", with 14 distinct habitats.

The partnership also builds on an earlier arrangement, dating back to President Childers, who presented a herd of pure-bred Connemara ponies to the State, in 1974.

The current herd of ponies in the Connemara National Park are direct descendants of those presented by President Childers. At the time, a number of Connemara ponies were grazing in the grounds of Áras an Uachtaráin.