Michael D. Higgins will remain President of the Republic of Ireland by a landslide, if the latest Red C poll figures are anything to go by.

A Paddy Power General and Presidential Election Opinion Poll conducted by Red C has revealed that the current President commands a first preference share of 70%, an increase of 3% from a previous Red C poll in September.

The poll is made up of a random sample of 1000 adults over the age of 18 who were interviewed via telephone between 3 and 10 October.

The full breakdown is as follows:

END_OF_DOCUMENT_TOKEN_TO_BE_REPLACED

Candidates have to reach 12.5% of the vote in order to have their electoral expenses refunded.

Two thirds of people polled believe that President Higgins' salary of €250,000 per year is too high, while the remaining third disagreed with that statement.

Elsewhere, it's good news for Fianna Fáil as the party enjoys a huge five-point increase in public support, while Fine Gael has gone down by one point in the past month.

That poll is as follows: 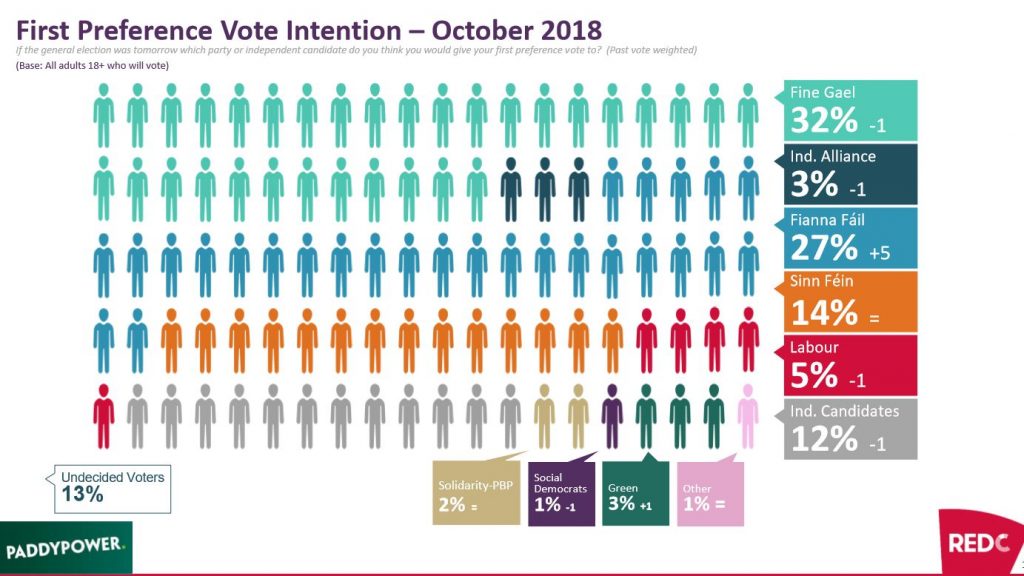 popular
Body of a man discovered in the water off the coast of Donegal
The new Garda uniform has finally hit the streets
QUIZ: How well do you really know Irish weather?
QUIZ: You'll do well to get 100% in this General Knowledge Quiz
25 years ago, Sylvester Stallone delivered his best performance in a hard-hitting crime drama
A first look at one of this year's major award-winning movies has been released
A scary real-life disaster epic is among the movies on TV tonight
You may also like
21 hours ago
Dublin Airport reduces the recommended arrival times for passengers
22 hours ago
Status Orange thunderstorm warning issued for 14 counties
1 day ago
Man in his 30s dies following collision with tree in Wexford
1 day ago
The new Garda uniform has finally hit the streets
1 day ago
Gardaí urge public not to share "upsetting" pictures of fatal assault of Paul 'Babs' Connolly in Westmeath
1 day ago
Thunderstorm warning for Ireland escalated to Status Orange with hail and flooding forecasted
Next Page