The Club was exposed by an undercover reporter.

The Presidents Club in London has said it will close after a series of accusations of sexual misconduct were alleged during an all-men charity dinner.

The dinner was exposed by undercover reporter, Madison Marriage of the Financial Times who said she witnessed sexually inappropriate behaviour and abusive language at the annual President's Club charity dinner in London's Dorchester Hotel on the night of 18 January. 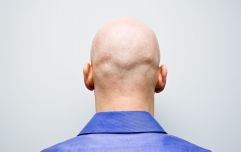 END_OF_DOCUMENT_TOKEN_TO_BE_REPLACED

It was reported that senior businessmen were groping and propositioning female hostesses who were instructed to wear "BLACK sexy shoes" and black underwear, and to generally present themselves as if going to a "smart sexy place".

An auction was also carried out on the night, which included lots such as a free lapdance in a Soho club and plastic surgery "to take years off your life or add spice to your wife."

"Groping and similar abuse was seen across many of the tables in the room," the report alleges.

"Hostesses reported men repeatedly putting hands up their skirts; one said an attendee had exposed his penis to her during the evening." 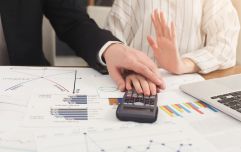 END_OF_DOCUMENT_TOKEN_TO_BE_REPLACED

The dinner was attended by approximately 360 men and was hosted by comedian, actor and children's author David Walliams.

In a statement, a spokesperson for the Club said:

"The trustees have decided that the Presidents Club will not host any further fundraising events. Remaining funds will be distributed in an effective manner to children's charities and it will then be closed."

popular
James May reportedly hospitalised after crashing into wall at 75mph filming new show
Disney+ has just added 10 big movies to its library
Netflix has just added an incredibly tense 97-minute thriller
QUIZ: You'll need to be razor-sharp to get 100% in this General Knowledge Quiz
An exciting Irish crime thriller is among the movies on TV tonight
The JOE Friday Pub Quiz: Week 307
The JOE Music Quiz: Week 117
You may also like
4 years ago
New study finds 1 in 3 young men worried their behaviour might be seen as sexual harassment
4 years ago
Explainer: Why was everyone wearing black at the 2018 Golden Globes?
4 years ago
Hollywood women launch powerful project to fight sexual harassment
4 years ago
New study finds 8% of females in college in Ireland had non-consensual sex
4 years ago
TIME Magazine has revealed its Person of the Year
4 years ago
People are furious with Morrissey's comments on the Spacey and Weinstein scandals
Next Page