Churches in Waterford couldn't afford to pay priests over Christmas

The number of people attending weekly mass continues to decrease.

The Catholic diocese of Waterford and Lismore has said that it had no money to pay its priests' wages at Christmas, following a result of a major downturn in the amount of funds collected from parishioners every week. 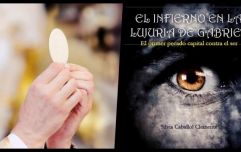 END_OF_DOCUMENT_TOKEN_TO_BE_REPLACED

"There was no money at Christmas and we had to get €5,000 from each parish out of parish funds. Long term, it's not sustainable... it's seriously depleted, that fund."

He went on to say that:

"Each parish should be contributing enough to the common fund to support its own priests. If not, maybe they would have to contribute from the basket collection."

This isn't the first bit of news that has highlighted the low numbers attending masses in Ireland in recent times.

Just last week we shared the news that a number of Dublin churches will now use contactless payment for the collection in mass.

The Archdiocese of Dublin issued a statement to JOE on Friday, which read: "Financial contributions to the Church in Dublin have been in decline for several years for a variety of reasons, including a decline in the number of people attending weekly Mass."

popular
Amazon Prime Video has quietly added 18 big releases to its library
WATCH: This foul-mouthed argument proves the Irish language is alive and well
Man charged in connection with the murder of Ashling Murphy
60 jobs available on Stena Line with 50% of your time spent not working
WATCH: Prime Video reveals teaser trailer for its epic Lord of the Rings series
Marvel actor Gaspard Ulliel passes away aged 37 in ski accident
QUIZ: We bet you can't name all of these countries from their outlines
You may also like
3 weeks ago
QUIZ: Kneel or no kneel: How well do you know Mass?
1 year ago
Mary McAleese says Catholic Church's teachings on homosexuality are "intrinsically evil"
1 year ago
Study shows frequent changing of position at Mass can cause fainting
1 year ago
Church suspends sign of peace and empties holy water fonts due to coronavirus fears
2 years ago
Mary McAleese calls on Catholic Church to allow women to become deacons
2 years ago
Wexford priest says plans to pay "exorcism" visits to local homes were misunderstood
Next Page