Scotland Yard has said that its review of the case has concluded.

The UK Metropolitan Police has dropped its investigation into Prince Andrew in relation to accusations made by Virginia Giuffre.

Officers from the Met decided to drop the investigation into the claims made by Giuffre after reviewing several documents, according to the Sunday Times. 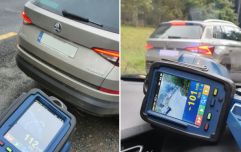 END_OF_DOCUMENT_TOKEN_TO_BE_REPLACED

Giuffre alleges she was forced to have sex with the Duke of York when she was 17 years old after being "lent out for sexual purposes" by the royal's acquaintance, disgraced ex-financier Jeffrey Epstein who died in prison in 2019 while facing charges of sex trafficking.

In August, Met commissioner Dame Cressida Dick had said that "no one is above the law" and that she had "asked my team to have another look at the material".

This was after Giuffre had filed a lawsuit against Prince Andrew in a federal court in New York, accusing the royal of sexually abusing her.

But a Met spokesman said on Sunday evening:

"As a matter of procedure, MPS officers reviewed a document released in August 2021 as part of a US civil action. This review has concluded and we are taking no further action."

Scotland Yard added that it will continue to "liaise with other law enforcement agencies who lead the investigation into matters related to Jeffrey Epstein."

The lawsuit against the prince accuses him of sexually abusing Giuffre, who at the time went by the name Virginia Roberts, at the London home of friend Ghislaine Maxwell and at other properties owned by Jeffrey Epstein.

END_OF_DOCUMENT_TOKEN_TO_BE_REPLACED

Prince Andrew has always vehemently denied the accusations, with Buckingham Palace labelling them "false and without information."

The Met also confirmed that it had completed its review into allegation reported in June by Channel 4 that Maxwell trafficked, groomed and abused women in the UK.

The force said it had "reviewed information passed to us by a media organisation in June" and decided that "no further action will be taken."

Maxwell is set to face trial in New York next month over sex trafficking charges regarding her alleged involvement with Epstein. She has pleaded not guilty.

Advertisement
popular
Paschal Donohoe confronted on the street by anti-vaccine protestors
Nightlife sector asks for two-week grace period on implementing guidelines
Fresh call for four-day working week from Irish Congress of Trade Unions
One of the best thrillers of the decade is among the movies on TV tonight
Eamon Ryan: Carbon budgets "will require fundamental changes to Irish life"
10 great classic movies coming to Netflix this November
QUIZ: Get the ball rolling with this General Knowledge Quiz
You may also like
1 day ago
Gardaí investigating following motorcycle hit and run in Dublin
2 days ago
Gardaí renew appeal to help identify human remains found on Wexford beach in 1995
2 days ago
Report: Crew left Alec Baldwin film set in protest before fatal shooting
3 days ago
New appeal over Philip Cairns case on 35th anniversary of his disappearance
3 days ago
Alec Baldwin was told prop gun was safe before fatal shooting
3 days ago
Hunger strike ends as Nadim Hussain assured he won't be deported
Next Page