Ireland may drink less than they did in 2005, but numbers are on the rise again

We're not drinking as much as we used to, but we're getting there.

Irish people are drinking a lot less than we did at the height of the Celtic Tiger years, according to a report from the World Health Organisation, but our boozing culture is in danger of taking over once again. Well, 25% less, to be precise, although Alcohol Action Ireland have warned that the trend is on the rise once again. 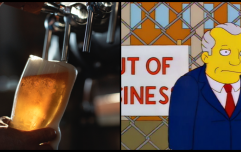 END_OF_DOCUMENT_TOKEN_TO_BE_REPLACED

Alcohol Action Ireland have warned that the trend is on the rise once again.

Out of 28 members of the European Union in 2005, Ireland came ninth on the list in terms of alcohol consumption.

According to Tom Lyons in the Sunday Business Post, according to 2015 figures we rank in 18th position between Finland and Portugal. 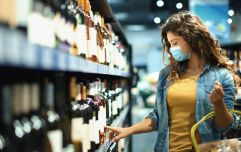 END_OF_DOCUMENT_TOKEN_TO_BE_REPLACED

Eunan McKinney of Alcohol Action Ireland points out that the trend is, once again, on the rise although nowhere near 2005 figures.

"While the historical trend is positive, Ireland maintains a high level of consumption (11.46 lts) in the region of the world that has the highest levels of consumption (European region: 10.3 litres). The global average is 6 litres per capita annually. Ireland lies in the 91% higher level," he told JOE.

As of the 2015 numbers, the rate of Ireland's decline in alcohol consumption was more than twice the EU28 average rate.

In 2015, the people of Lithuania were the heaviest drinkers in Europe on 18.2 litres. The Czech Republic were in second place.

popular
Belgium becomes first nation to introduce compulsory monkeypox quarantine
An underrated Robert De Niro comedy is among the movies on TV tonight
Two men arrested during attempted burglary in Dublin
Tory MP facing drink spiking claims as one fellow politician woke up to find 'nipples being licked'
Met Éireann issue warning for potato blight this week
Coleen Rooney 'confident she's won' Wagatha Christie trial against Rebekah Vardy, according to reports
You may also like
3 months ago
QUIZ: Name the celebrity owners of these world famous alcohol brands
8 months ago
Alcohol consumption in Ireland lowest in 30 years, according to a new study
9 months ago
Irish brewing company teams up with Club Orange to create a Rock Shandy Pale Ale
9 months ago
Mariah Carey launches new Irish cream liqueur, "Black Irish"
10 months ago
Significant increase in weekly alcohol consumption for Irish 18-24 year-olds during pandemic
10 months ago
“I was poisoning myself every time I drank.” An Irishman in his mid-20s on his battle with alcoholism
Next Page