“I am of the firm belief this was a deliberate attempt to lure police and ATO colleagues into the area to murder them.”

PSNI Deputy Chief Constable Stephen Martin says the detonation of an explosive device in Fermanagh on Monday morning was a “deliberate” attempt to murder police and anti-terrorism officers attending the scene.

The PSNI confirmed the detonation of “some form of explosive device” in the Wattle Bridge area of Newtownbutler on Monday morning, where PSNI had served notice of the discovery of a suspicious object on Sunday.

No injuries were sustained as a result of the explosion on Monday.

Deputy Chief Constable Martin says that while the investigation is at a very early stage, he is of the firm belief that “this was a deliberate attempt to lure police and ATO colleagues into the area to murder them”. He added that while it was intended to kill police and army personnel, “the fact that it was placed on a main road the result could well have been devastating for anyone in the immediate vicinity”.

In a statement issued on Monday, Martin said: “At around 10.35am this morning Police officers at the scene have reported an explosion in the area of the Cavan Road at its junction with the Wattlebridge Road. There are no reports of any injuries and officers are investigating the cause of the explosion.

“Police had received a report that a suspect device had been left in the area of Wattle Bridge on Saturday evening. The area was secured by police and a full clearance operation began on Sunday morning.

“The initial report received by police indicated that a device had been left on the Wattlebridge Road, however, the explosion occurred on the main A3 Cavan Road.

“While this investigation is at a very early stage, I am of the firm belief this was a deliberate attempt to lure police and ATO colleagues into the area to murder them. Although this device was intended to kill police and army personnel the fact that it was placed on a main road the result could well have been devastating for anyone in the immediate vicinity.

“This attack was indiscriminate and reckless and, whilst there is no doubt in my mind that police responding to this call were the target, the reality is that anyone could have been caught up in the explosion. We are extremely fortunate that the actions of officers who were first on scene meant that there was not serious injury or death. I wish to acknowledge and commend the bravery and commitment of those officers and army personnel at the scene of this attack. 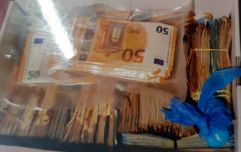 END_OF_DOCUMENT_TOKEN_TO_BE_REPLACED

“I would like to again thank the community for their patience and cooperation throughout the security operation as we seek to ensure their safety. The area around the scene will remain closed for some time while our officers conduct their investigations and ensure the area is safe.

“I ask that anyone who may be able to help our investigation and identify the perpetrators of this sinister and potentially murderous attack to please come forward. You can call us on 101 or if you would prefer information can be given anonymously via the independent charity Crimestoppers on 0800 555 111.”

The attack has been condemned by Sinn Féin Fermanagh South Tyrone MP Michelle Gildernew, who said: "This morning's bomb attack in Wattle Bridge was totally wrong.

"Thankfully no one was injured in this incident, but we could have been dealing with a situation where people were seriously injured or worse.

"Those responsible for this incident have nothing to offer society and need to end these actions immediately.

"Anyone with information on this should bring it forward to the PSNI."


popular
Sky's new true crime documentary series examines a very sinister murder theory
Gardaí warn of phone scam that could cost consumers a "small fortune"
Season 5 of Better Call Saul will see the return of two beloved Breaking Bad characters
QUIZ: Can you name all 14 landlocked counties in Ireland?
Late Late Show's Valentine's Day special are looking for audience members that are single
QUIZ: How many of these Recess characters can you name?
The JOE Movie Quiz: Week 37
You may also like
9 hours ago
Fine Gael general election candidate has bricks thrown through window of constituency office
10 hours ago
Man in serious condition after being doused in petrol and set on fire during burglary in Cork
10 hours ago
Gardaí warn of phone scam that could cost consumers a "small fortune"
13 hours ago
Two men left in serious condition after ingesting "unknown substance" in Dublin
2 days ago
Man (80s) in critical condition following serious road traffic collision in Kerry
3 days ago
Gardaí confirm partial human remains found in burnt out vehicle in Dublin are those of Keane Mulready-Woods
Next Page