A search operation was carried out on Tuesday.

The Police Service of Northern Ireland (PSNI) carried out a search operation of the head offices of political group Saoradh in Derry on Tuesday morning (7 May).

The searches were carried out by detectives investigating the murder of journalist Lyra McKee, who died as a result of injuries sustained when she was shot in Fanad Drive on Thursday, 18 April. 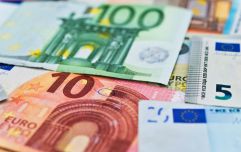 END_OF_DOCUMENT_TOKEN_TO_BE_REPLACED

Saoradh, who have been referred to by police as the political voice of the 'New IRA' - the group that claimed responsibility for McKee's murder - is an unregistered far-left political party that was formed by dissident republicans in 2016.

The group were widely condemned after conducting a march on O'Connell Street in Dublin just days after McKee's death.

"Detectives investigating the murder of Lyra McKee have carried out a number of searches in Chamberlain Street in Derry/Londonderry this morning," read a PSNI statement.

"A number of items were seized during the search for further investigation.

"No arrests were made. Enquiries are continuing."

Last week, BBC journalist Emma Vardy challenged Saoradh members regarding their presence in Derry in the wake of McKee's murder.

Police say the group known as ‘Saoradh’ are the political voice of the New IRA. They’ve been the focus of a backlash in Northern Ireland following Lyra McKee’s death. A clip from our piece on @BBCNews tonight pic.twitter.com/NtLYjiTYzy

popular
Met Éireann issues weather warning for 10 counties
Can you beat the clock and name the 32 counties of Ireland in alphabetical order?
The median annual household disposable income in Ireland was over €43,500 in 2019
Shane Ross apologises for describing Enda Kenny as “a political corpse”
The JOE Pub Quiz: Week 214
RTÉ issues callout for people with the “most horrible, most embarrassing stories” for new comedy series
Donald Trump storms out of interview due to "tough questions"
You may also like
5 hours ago
Teachers “very fearful” and “full of worry” ahead of return to schools after mid-term break
21 hours ago
939 new Covid-19 cases, three further deaths
23 hours ago
Three dead following shooting incident in Cork
1 day ago
President Higgins signs Mother and Baby Homes Bill into law
1 day ago
1,025 new cases of Covid-19 confirmed in Ireland
1 day ago
59 cases of Covid-19 linked to flight into Ireland
Next Page