27 puppies rescued from Scotland port and returned to Ireland

It's believed that the animals would have sold at around £600 each.

Over 20 dogs have been rescued and returned to Irish shores after being discovered concealed in a van at a ferry port in Scotland.

27 puppies, of various breeds, were found at Cairnryan ferry port in Scotland, where they were seized by Police Scotland who immediately contacted the Scottish SPCA.

It's believed that the puppies originated in Ireland.

Arrangements were then made for the dogs to be transported back to The Irish Society of the Prevention of Cruelty to Animals (ISPCC), who said the puppies were intercepted in Cairnryan ferry port.

“The dogs and puppies which include Chihuahua x, Spaniel x and Collie type puppies of various ages are believed to have originated from the Republic of Ireland,” the group said in a statement. 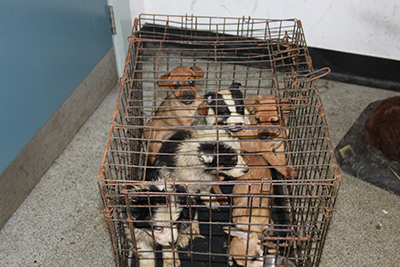 "The dogs were not microchipped, which is now a legal requirement and were not accompanied by pet passports, required for the commercial movement of dogs to the UK from the Republic of Ireland." 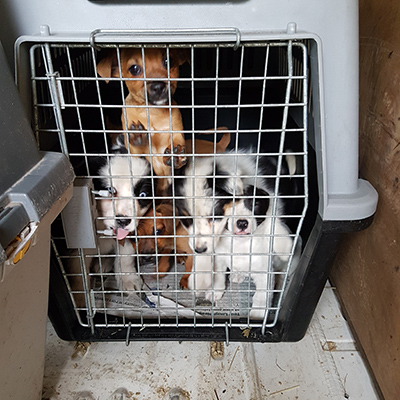 An undercover SSPCA inspector spoke about how puppy farms are still serious issues between Ireland and the UK.

"Unfortunately, the puppy trade is big business in Scotland with thousands of dogs being brought into the country each year from Northern Ireland and the Republic of Ireland, in particular from large scale puppy farms," they began.

"They are then sold on at huge profit by the dealers. When trafficked pups reach their new owner via the dealers they often develop diseases such as parvo virus and giardia.

END_OF_DOCUMENT_TOKEN_TO_BE_REPLACED

"Often the young dogs die from these diseases which can be extremely distressing for the owners.”

It is estimated that the dogs may have earned somewhere in the range of £10,000 on the British market.

The ISPCA is part of Operation Delphin, a joint operation targeting the illegal export of puppies from Ireland to the UK, including SSPCA, USPCA, RSPCA, HMRC, Irish Customs, UK Customs and Excise, Stena Line and other agencies.

They finished their statement by urging the public to please contact the ISPCA National Animal Cruelty Helpline in confidence on 1890 515 515 or report online should they see anything suspicious or believe an animal is being cruelly treated, neglected or abused

And in cases of emergency, you should contact your local Gardaí.