The bank announced its plans to withdraw back in February.

Online savings bank RaboDirect has warned any remaining customers to transfer their funds to another bank before 16 May.

Confirming in late February that it would be withdrawing from the Irish market on said date, the Dutch-owned bank had over 90,000 customers with over €3 billion in deposits at the time of the announcement. 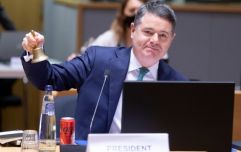 END_OF_DOCUMENT_TOKEN_TO_BE_REPLACED

However, while the vast majority of accounts have closed since this time, the fact that an alert has been issued suggests that there are a number of accounts still open as the deadline looms.

Existing account holders are encouraged to avail of the closure option on the website, as failure to do so will mean that all funds will be retained by RaboBank Dublin pending receipt of a completed funds transfer form and identification documentation.

Any further funds transfer requests will potentially be subject to further security measures, while holders will not be able to initiate transactions, access funds, account statements or certificates of interest by Digipass on the website.

The bank, which is owned by lender RaboBank, is withdrawing after 13 years on the Irish market in an effort to "simplify its business model across the world and reduce costs". 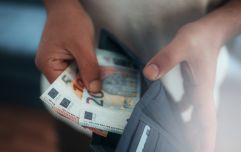 END_OF_DOCUMENT_TOKEN_TO_BE_REPLACED

Launched in Ireland as a means of harvesting funds for the parent companies lending, RaboBank stated that such means of funding was no longer necessary.

The company will remain committed to corporate banking activities, with its chief focus on food and agriculture clients.

popular
Bus Éireann’s service from Dublin to London will restart this week
A star-studded crime thriller is among the movies on TV tonight
Gardaí unveil new Armed Support Unit vehicles to replace older models
Gardaí are going global with new roles created in UAE and Bangkok
The full list of cancelled flights in and out of Dublin Airport on Monday (so far)
Amazon Prime Video has just added 51 big movies to its library
An action-packed thriller is among the movies on TV tonight
You may also like
1 month ago
Average weekly earnings rise to record levels in Ireland
1 month ago
Lidl announce a massive warehouse sale for one weekend only
1 month ago
Lidl to launch its second 'reverse vending machine' in Ireland next week
2 months ago
'Rich-poor' gap in Ireland now stands at just under €1,000 per week
2 months ago
Man wins $450,000 lawsuit after employer threw him a birthday party he didn't ask for
2 months ago
Retailers facing an "uphill battle" as staff shortages continue to increase
Next Page