It has been described as “a sickening attempt to create fear and disruption”.

A Remembrance Day service in Omagh has been delayed due to the discovery of a “suspicious object” in the early hours of Sunday morning.

The PSNI reported the discovery before 7am on Sunday morning in the Drumragh Avenue area of Omagh and asked members of the public to avoid the area while a security alert is ongoing.

END_OF_DOCUMENT_TOKEN_TO_BE_REPLACED

Chief Inspector Graham Dodds thanked members of the public who had intended to attend a wreath-laying ceremony at the Cenotaph in Omagh for their patience.

Dodds described the incident as “a sickening attempt by cowards to create fear and disruption on a day when many gather to pay their respects to the brave men and women who paid the ultimate sacrifice” and said that it “must be unreservedly condemned". 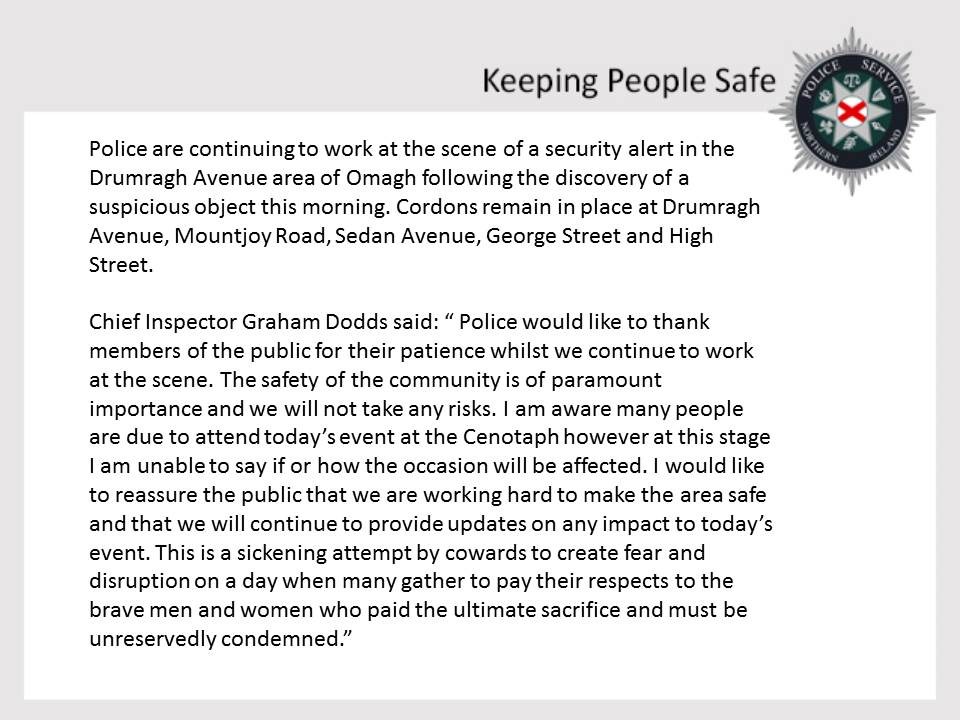 END_OF_DOCUMENT_TOKEN_TO_BE_REPLACED

Dodds was unable to clarify how the event would be affected, but shortly after 11am on Sunday, he said that the security alert was ongoing and that the police would continue to work with the Royal British Legion and local elected representatives regarding today’s event.