New report shows 5,346 new hotel rooms will be available in Dublin by 2020

There has been a lot of controversy surrounding the number of hotels opening in Dublin recently.

A new study has revealed that 5,346 new hotel rooms will be available in Dublin alone between now and 2020.

The report published by Fáilte Ireland on Monday claimed that over 3,000 new hotel rooms are already under construction. 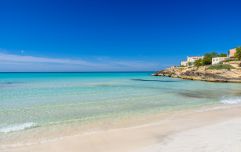 END_OF_DOCUMENT_TOKEN_TO_BE_REPLACED

The report, entitled 'An Analysis of Tourism Accommodation in Dublin', showed that we should also anticipate €250m annual tourism revenue to be generated.

Approximately 40% of these new hotel rooms will be in the Dublin 2 and 4 area.

The report also expects another 460 rooms at or close to the airport, an area that experienced the highest levels of occupancy across Dublin in 2017.

Despite the seemingly great number of hotel rooms expected to open, this will still be 1,100 rooms short of the expected demand.

“Dublin is the gateway to Ireland with most visitors choosing to spend part of their stay in the city. Therefore, if visitors cannot access Dublin, it is highly likely they may not visit the country at all. That is why capacity in Dublin is not just an issue for the city but affects all who work in tourism – whether in Kerry, Louth, Waterford, Donegal or any point in-between.

“While it is great to see such positive capacity increases in Dublin accommodation we need to ensure that our capital can cater for future demand if we are to sustain tourism growth. Growth in international visitor numbers and revenue is not only great news for employment but also for government finances, with 23 cent in every Euro of tourism spend finding its way to the exchequer. 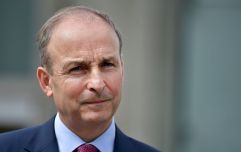 END_OF_DOCUMENT_TOKEN_TO_BE_REPLACED

"The tax take from tourists is now the equivalent of over €1,000 for every household in Ireland – generating €1.6bn in all which helps fund education, and other important sectors. There is still a huge opportunity to further grow the contribution of tourism but, amongst other things, we need to ensure that Dublin can cater for more visitors.

“Today’s report indicates that we will continue to have supply and demand pressures in the city. Given current and projected levels of visitor demand, there is certainly still a strong incentive for more investors and businesses to move into the sector. Importantly, any additional rooms and capacity in Dublin will not just benefit tourism but the economy as a whole.”

The Big Reviewski || JOE · The Big Reviewski with Ray Liotta, Goodfellas facts & Tom Hanks making us cry
popular
The JOE Friday Pub Quiz: Week 262
Jason Byrne forced to cancel tour dates due to a heart condition
The 50 most iconic songs of all time* have been revealed
The five best true crime documentaries to watch on Netflix this weekend
BBC reporter covering petrol shortage called Phil McCann
QUIZ: How well do you know the life and work of Denzel Washington?
PICS: The man with the biggest penis in the world has one unbelievable problem with it
You may also like
5 days ago
The first ever foldable hotel room has been launched in Ireland
1 month ago
24 new hotels to open in Dublin by the end of 2023
2 months ago
2021 Irish Hotel Awards reveal the best 3-star, 4-star & 5-star hotels of the year
4 months ago
Joe Duffy listener complains of being quoted €4,100 for three-night hotel stay in Kerry this summer
9 months ago
Wetherspoon's brand new €27.4 million pub and hotel in Dublin is now completed
1 year ago
Average hotel room rate set to drop by almost €20 for Irish hotels in 2020
Next Page