Fine Gael senator Micheál Carrigy has admitted his contention was "inaccurate and false in a number of respects".

Fine Gael senator Micheál Carrigy has apologised to Robbie Keane following his criticism of the former Republic of Ireland captain's salary and his role with the Football Association of Ireland (FAI).

Last week, Carrigy issued a press release in which he urged Keane to donate his reported €250,000 per year salary to grassroots football organisations across the country. 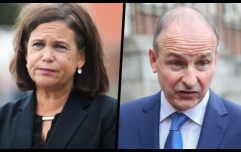 END_OF_DOCUMENT_TOKEN_TO_BE_REPLACED

"Despite having left his coaching position almost two years ago, Robbie Keane is still being paid €250,000 a year by the taxpayer," said Carrigy.

"This is happening at a time when local grassroots soccer clubs desperately need increased funding.

"Over half a million has been paid to Robbie Keane by the public since 2020, and yet he has failed to answer questions regarding what he has actually done during the period to earn this salary."

END_OF_DOCUMENT_TOKEN_TO_BE_REPLACED

"Is he working with the FAI in an active position at the moment?

"If not, can he stand by earning such an income with very little to show for it?" 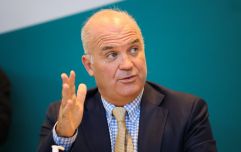 END_OF_DOCUMENT_TOKEN_TO_BE_REPLACED

Issuing a new statement on Thursday (31 March), Carrigy offered an apology to Keane.

"On Thursday (24 March), I issued a press release about Robbie Keane," said the senator.

"I've since learned that the information contained in this release was inaccurate and false in a number of respects and was unfair.

"As a result, I have withdrawn this press release and apologise to Robbie Keane for any damage caused."

popular
Gardaí investigating after shots fired in Offaly
An action-packed thriller is among the movies on TV tonight
Woman charged over €1.2 million misappropriation of funds at local Credit Union
Gardaí unveil new Armed Support Unit vehicles to replace older models
Temperatures to hit highs of 25 degrees as summer set to finally arrive
Tony Holohan appointed as adjunct professor in UCD
Amazon Prime Video has just added 51 big movies to its library
You may also like
2 hours ago
Woman charged over €1.2 million misappropriation of funds at local Credit Union
4 hours ago
Leo Varadkar slams allegations made by "sworn political opponents" after DPP ruling
18 hours ago
Leo Varadkar will not be prosecuted over GP contract leak
18 hours ago
Irish woman saved man's life ahead of Ireland All Blacks clash
1 day ago
Gardaí are going global with new roles created in UAE and Bangkok
1 day ago
Bus Éireann’s service from Dublin to London will restart this week
Next Page