They're even getting a Eurovision host.

RTÉ Radio 1 will be making a few major changes to their scheduling this February, which includes two new presenters and an all-female line-up for Late Debate.

The station announced that, as of February, Claire Byrne will join Áine Lawlor on News at One, with each presenting on alternate days. Byrne will continue to present Claire Byrne Live on Monday nights. 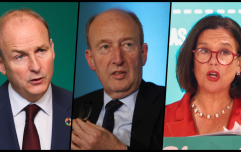 Taoiseach says he "got it wrong" about unaired Shane Ross interview

END_OF_DOCUMENT_TOKEN_TO_BE_REPLACED

Meanwhile, there will be three new presenters joining Late Debate, with Sarah McInerney presenting on Tuesdays, Katie Hannon on Wednesdays and Fionnula Sweeney on Thursdays.

McInerney was previously the Political Correspondent with the Sunday Times and a presenter on Newstalk Drive. Currently, she is presenting the Sunday Show on TV3, which RTÉ have confirmed she will continue to present.

Hannon is the Political Correspondent with Prime Time on RTÉ One, having previously held that role with the  Evening Herald and the Irish Examiner as well as having served as Political Editor for the Irish Mail on Sunday. 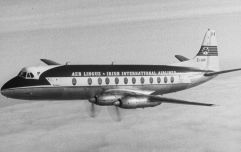 END_OF_DOCUMENT_TOKEN_TO_BE_REPLACED

Sweeney was formerly an RTÉ reporter before she joined CNN International in London and Atlanta as an anchor and correspondent. It is also worth mentioning that she acted as the solo host of the Eurovision Song Contest in 1993, because some things really ought not be forgotten.

Commenting on the changes, Head of RTÉ Radio 1, Tom McGuire said: "The new presenting team of Áine and Claire on RTÉ Radio 1's News at One is exceptionally strong by any measure. And the move of Cormac Ó hEadhra into weekend peak on RTÉ Radio 1 is testament to his proven skills both on RTÉ Raidió na Gaeltachta and standing in on such shows as Today with Sean O'Rourke.

"Sarah, Fionnuala and Katie - our three new presenters on Late Debate bring with them some truly excellent experience from the world of print, television and international journalism, and I'm delighted to welcome them all to Radio 1, and indeed to welcome Fionnuala Sweeney back to RTÉ from CNN in Atlanta."