Bryan Dobson, Miriam O’Callaghan and David McCullagh were amongst those to attend an “impromptu” gathering for an RTÉ staff member.

High-profile RTÉ staff members have apologised for their attendance at an “impromptu” gathering to mark the departure of a colleague earlier this month.

A report in The Irish Sun on Friday shows pictures of RTÉ staff, including Dobson, O’Callaghan and McCullagh, pose for pictures at what has been described as a “a short impromptu gathering” for a colleague, Phil Collins, at RTÉ headquarters in Montrose.

END_OF_DOCUMENT_TOKEN_TO_BE_REPLACED

The report says that RTÉ News Managing Director Jon Williams and presenters Blathnaid Ni Chofaigh and Eileen Dunne were also amongst those in attendance.

The gathering is believed to have taken place last Thursday, 12 November. In the pictures, RTÉ staff can be seen not wearing masks and not adhering to social distancing guidelines.

Under Level 5 restrictions, people are asked to stay at home, with certain exceptions. An instruction has also been issued for there to be no gatherings, other than small numbers at funerals and weddings.

An RTÉ statement issued to JOE on Friday read:

"RTÉ takes public health advice with the utmost seriousness and has implemented detailed workplace protocols which have been in place since the beginning of the pandemic. These have been essential in keeping staff and visitors /programme guests safe whilst on site. Because of the measures taken by RTÉ, no cases of Covid-19 have so far been transmitted on campus.

"A small number of RTÉ personnel working on site recently attended a short impromptu gathering in a public area and in the place of work of a long-serving colleague to say farewell on her last day.

"While social distancing was observed overall and in compliance with RTÉ's site protocols, as photos in the press today show, a number of those present briefly posed for a photo with their departing colleague, before returning to work. These contacts were not close contacts as defined by HSPC guidelines. They were brief casual contacts which, while well intentioned, were unnecessarily risky and should not have happened. 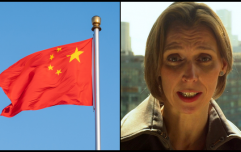 END_OF_DOCUMENT_TOKEN_TO_BE_REPLACED

"RTÉ and those involved regret this occurred. Over the last few days we have reminded all staff of their obligations to keep both themselves and the site safe, particularly over the very busy few weeks we are heading into."

Dobson, O’Callaghan, McCullagh and Williams all issued individual apologies, with all four saying they “deeply regret” their attendance at the event.

Speaking on Morning Ireland on Friday, host Mary Wilson said that the attendance of her colleagues at the event was “a good example” of the complacency of some people in relation to Level 5 restrictions, which was addressed by Chief Medical Officer Tony Holohan on Thursday.

“I mean you look at the traffic, you look at what’s going on in workplaces. People will tell you stories about car parks are full, canteens are full in workplace settings, so people are really not listening to this message and they’re meeting up unnecessarily,” Holohan said.

“It’s absolutely, clearly understood that not everybody is in a workplace situation where they can work from home,” Holohan added.

“But clearly many, many people who are in situations where they can work from home are choosing not to do so and coming into the workplace and meeting up and having engagements that are leading to transmission opportunities.”