No permission given to Russian Victory Day rally in Phoenix Park

Eamon Ryan has said that the event should be called off.

A planned Russian Victory Day rally in Phoenix Park has not been given permission from the Office of Public Works (OPW).

Russian Victory Day is celebrated on 9 May every year, and commemorates the Russian victory over the Nazis during World War II in 1945.

END_OF_DOCUMENT_TOKEN_TO_BE_REPLACED

However, there have been calls to cancel the event in light of the ongoing war in Ukraine.

In a statement to JOE on Wednesday (4 May), the OPW confirmed that they had received an application in January for an event at the Papal Cross in Phoenix Park for this coming Sunday (8 May).

"The organisers were requested to provide a signed indemnity form, to submit an event safety management plan and to provide the relevant insurance cover," the OPW said.

"The organisers were also required to meet with the OPW and An Garda Síochána.

END_OF_DOCUMENT_TOKEN_TO_BE_REPLACED

"As all these requirements have not been met, the OPW is not in a position to grant permission for this event."

An Garda Síochána has said it "respects the right for citizens to exercise their constitutional rights."

"There is a constitutional right to the freedom of assembly and freedom of speech, subject to statutory provisions," Gardaí wrote.

"An Garda Síochána does not comment on speculation on potential events organised on social media by disparate groups. 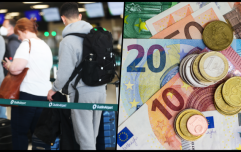 END_OF_DOCUMENT_TOKEN_TO_BE_REPLACED

"An Garda Síochána has no role in permitting or authorising public gatherings, there is no permit/ authorisation required for such events.

Green Party leader Eamon Ryan has said that the event should be called off.

“One of our strengths in this country is we have freedom," Ryan was reported as saying in The Irish Times.

"They’re fighting in Ukraine for their freedoms.

"We have to be careful if we are restricting freedoms, the freedom to protest or to assemble.”

When asked if he would prefer if the organisers of the rally would cancel the event, he said; “Yes I would.

"I think it will antagonise people."

The Associations of Ukrainians in Republic of Ireland (AURI) released a statement on Tuesday (3 May), with the group saying it was "saddened by the plan of the Russian community of Ireland, the Council of Russian Compatriots together with the Immortal Regiment of Ireland to organize their 'annual rally' dedicated to Victory Day on 9 May."

"We believe this march offends the Irish people along with the Ukrainians fleeing from war."