Ryanair's CEO says the new aircraft will enable customers to enjoy more legroom and lower fares, all the while reducing their environmental footprint.

Ryanair has taken delivery of its first “Gamechanger” aircraft in Seattle in Washington, with the jet flying overnight to land in Dublin Airport later on Wednesday.

In December of last year, the airline confirmed that it had ordered 210 of the Boeing 737-8200 aircraft, described as a “Gamechanger", with a total value of over $22 billion.

END_OF_DOCUMENT_TOKEN_TO_BE_REPLACED

At the time, Ryanair said that the aircraft will be "most audited" and the "most regulated" aircraft in aviation history and described its performance as “exceptional”.

According to the airline, these new aircraft will carry 4% more passengers but reduce fuel consumption by 16% per seat, lower noise emissions by 40% and lower CO2 emissions by a similar amount.

In a statement, Ryanair CEO Michael O’Leary said he was delighted to take delivery of the aircraft.

"Each B737 aircraft offers 197 seats (compared to our 189-seat current 737 fleet). However, our customers will enjoy more legroom, new Boeing “Sky Interiors” and lower fares, while reducing their environmental footprint by switching to these new aircraft."

The CEO said that "due to regrettable delivery delays", Ryanair expects to take delivery of just 12 of these aircraft this summer. Six will be delivered in Ryanair colours and six in Malta Air colours. 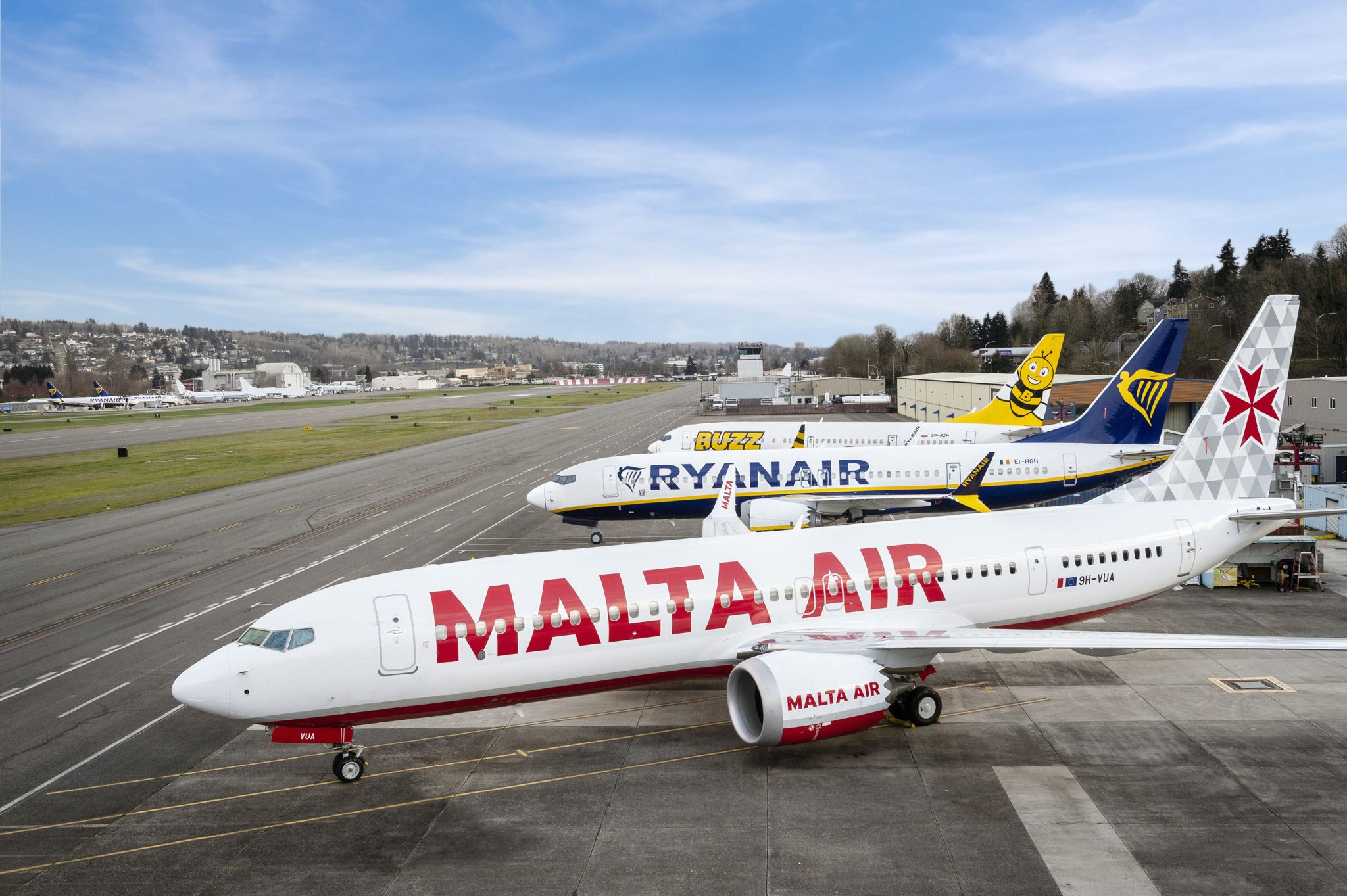 END_OF_DOCUMENT_TOKEN_TO_BE_REPLACED

O'Leary added: "Ryanair expects to take delivery of an additional 50 of these B737 “Gamechanger” aircraft before Summer 2022, which will enable the Ryanair Group to rebound strongly, offering new routes, lower fares, and rapid traffic recovery to many partner airports across Europe as the tourism industry rebuilds from the devastating impact of the Covid-19 pandemic in 2020/2021.”

Last month, Ryanair announced a full-year loss of a whopping €815 million due to the impact of Covid-19 on the aviation industry.

The figure is in stark contrast to a previous year profit of €1,002 million up to 31 March 2020, when the Covid-19 pandemic had just begun to make a dramatic impact worldwide.