Same-sex couples can officially marry in Ireland from today

A big day for same-sex couples in Ireland.

Following on from the historic referendum result in May of this year, today marks another milestone for same-sex couples in this country.

From today, November 16, same-sex couples can officially give full notice of their intention to marry, while those who had given notice for a civil partnership can now marry instead if they so wish. 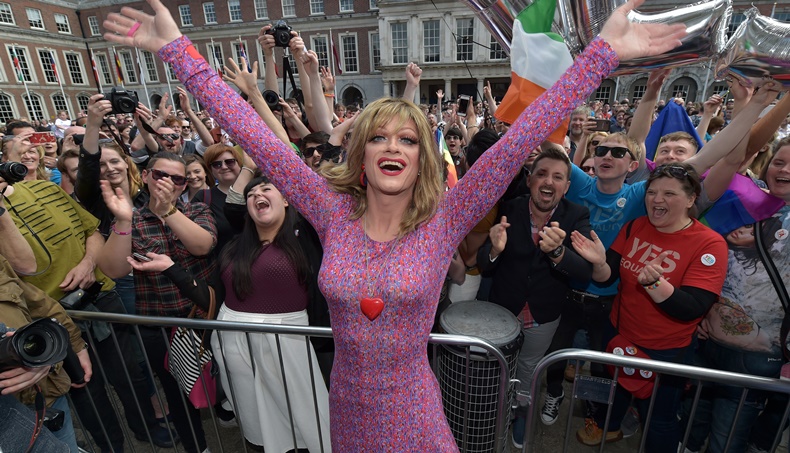 END_OF_DOCUMENT_TOKEN_TO_BE_REPLACED

Minister for Justice Frances Fitzgerald officially signed the commencement order for the Marriage Act 2015 last week, which, of course, was supported by 62 per cent of Irish voters in the Marriage Referendum in May.

Same-sex couples who have been married abroad, meanwhile, will also have their marriage recognised in Ireland from today onwards.

A great day for the parish indeed.

popular
People want "offensive" Crown Paints advert banned after attracting hundreds of complaints
Netflix has just added 23 very big movies to its library
Human remains found in suitcases are the bodies of two children
Here's how to make €9-11 on Revolut in just a few minutes
QUIZ: Can you identify the famous song from the opening line?
QUIZ: Can you name all the countries beginning with A?
Disney+ has just added 10 big movies to its library
You may also like
12 hours ago
Arrest made after shop robbed at knifepoint in Dublin
13 hours ago
Deer spotted on road between M11 and M50 as drivers urged to take care
15 hours ago
Man arrested on suspicion of the murder of Irish man in London
1 day ago
Galway City Council street cleaners claim Lotto jackpot worth over €5.5 million
1 day ago
HSE broadens monkeypox vaccine programme as 6,000 in Ireland could have heightened infection risk
1 day ago
Dunnes Stores recalls children's pyjamas over suffocation risk
Next Page