Parents who arrange alternative transport will also be "recompensed".

Minister for Education Norma Foley has said that 1,600 additional school buses are needed to allow for physical distancing, after a change was made to public health advice this week.

Schools across the country are due to open next week for the first time since they were closed in March, with huge changes made to how they operate on a day-to-day basis in order to adhere to public health advice. 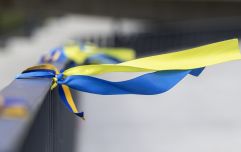 Irish primary school students could be taught Ukrainian this year

END_OF_DOCUMENT_TOKEN_TO_BE_REPLACED

A change in that public health advice this week has seen capacity on school buses reduced to 50% in line with current advice on public transport. Speaking to RTÉ Radio One's Morning Ireland on Friday, Minister Foley said that it was "quite a logistical challenge to do that immediately", and would require an additional 1,600 buses to facilitate.

The Minister also admitted that it will not be in place in time for schools reopening;

"Some buses will operate at that capacity next week, but we will be rolling that out as quickly as we possibly can. The government decision is that school transport will proceed as planned, but that we would roll out, as quickly and as speedily as we can, the additional buses."

The Kerry TD also said that should parents of students who are ticket-holders for school buses wish to arrange alternative transport while the additional buses are waiting to come on stream, they will be reimbursed; 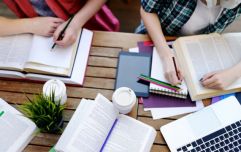 END_OF_DOCUMENT_TOKEN_TO_BE_REPLACED

"I should also add that we are offering the facility to parents, if they have a child that is eligible to travel on the bus, should they wish to organise their own transport in the meantime, they will be recompensed for doing that."

The Minister also paid tribute to the work going on. behind the scenes by schools to prepare for reopening next week;

"Phenomenal work has been going on in schools the length and breadth of the country, school communities are working night and day, have been working for the last number of weeks, will be working today and indeed will continue working early next week to ensure that our schools open safely and open on time."

popular
Harvard study reveals how many times men should ejaculate each month to stay healthy
Colin Farrell shouldn't win the Oscar this year
The 50 most iconic songs of all time* have been revealed
Netflix has just added one of the best sci-fi movies of recent years
Parents left in shock after gorillas start mating in front of kids at zoo
Conor Mcgregor hit by car ‘at full speed’ while cycling
Forspoken breaks the golden rule of gaming... and not in a good way
You may also like
10 months ago
Taoiseach announces 'No Homework Day', but there's a catch
1 year ago
More Covid outbreaks in schools than any other public setting in second half of 2021
1 year ago
"Needs of the child are paramount" says Taoiseach as schools return
1 year ago
Reopening schools "will be difficult" - Norma Foley
1 year ago
"Inevitable" that children will contract Covid in weeks ahead – Tony Holohan
1 year ago
Schools set to reopen as planned this week following public health approval
Next Page