Seth Rogen did not mince his words when expressing his thoughts on Ted Cruz's response to the crisis Texas is currently enduring, calling the senator two different types of "motherf*****".

Texas is currently enduring a storm that has destroyed many houses and left thousands without electricity. 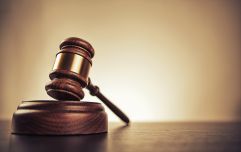 END_OF_DOCUMENT_TOKEN_TO_BE_REPLACED

Cruz, senator of the state, was photographed jetting off to Cancun in Mexico at the peak of the storm, rather than leading his state through an unprecedented crisis.

The former Republican presidential candidate defended his holiday, saying he flew to Mexico to drop his family off, before flying back to Texas.

"Yesterday my daughters asked if they could take a trip with some friends, and Heidi and I agreed, so I flew down with them last night, dropped them off here and now I'm headed back to Texas."pic.twitter.com/5d8UwlmZWv

END_OF_DOCUMENT_TOKEN_TO_BE_REPLACED

He also issued a statement saying that "wanting to be a good dad, I flew down with (my girls) and am flying back this afternoon. My staff and I are in constant communication with state and local leaders to get to the bottom of what happened in Texas. We want our power back, our water on, and our homes warm. My team and I will continue using all our resources to keep Texans informed and safe."

But comedy star Seth Rogen isn't buying it, and the Canadian made his opinion clear on Twitter, where he said: "I think Ted Cruz is desperately trying to rebrand from the 'inspired a deadly insurrection' motherfucker to the 'left my constituents to freeze to death so I could go to Cancun' motherfucker, but luckily he can be both. He’s just that big a motherfucker."

I think @SenTedCruz is desperately trying to rebrand from the “inspired a deadly insurrection” motherfucker to the “left my constituents to freeze to death so I could go to Cancun” motherfucker, but luckily he can be both. He’s just that big a motherfucker.

It would appear as though public pressure forced Ted Cruz into an earlier than expected return to Texas, with NBC news reporting that he had initially intended to return on Saturday, but booked a return flight at 6am local time on Thursday.

NEW: Ted Cruz booked his return ticket from Cancun to Texas at 6 a.m. today, according to a source with knowledge of the situation. Cruz was initially booked to return on Saturday.

This is the state of the border between Texas and Arkansas. One side of the road is Texas, the other Arkansas. You guess which is which.

popular
Amazon Prime Video has just added 21 big movies to its library
Netflix has just quietly added 12 big movies to its library
The 50 most iconic songs of all time* have been revealed
Seven more suspected cases of unexplained hepatitis in Ireland under investigation
Gardaí investigating firearm being discharged near film set in Donegal
Couple injured after alleged homophobic attack in Dublin
Passengers warned that Dublin Airport situation is simply "unpredictable"
You may also like
4 days ago
Boris Johnson reveals he is distracted by cheese and coffee when working from home
5 days ago
Mourners attacked during funeral of Al Jazeera journalist Shireen Abu Akleh
5 days ago
Calling men bald is now sex harassment, judge rules
1 week ago
Passenger safely lands plane after pilot falls ill despite having "no idea" how
1 week ago
Peter Andre defends penis size after Rebekah Vardy's "chipolata" comments
1 week ago
Elon Musk says he would reverse Donald Trump's Twitter ban
Next Page