The incident occurred at 9.45am on Monday morning.

Dutch police have confirmed that one person has been killed after a man opened fire on a tram in the city of Utrecht on Monday morning.

Several other people have been taken to hospital, but it is not yet known how serious their injuries are. 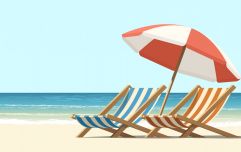 END_OF_DOCUMENT_TOKEN_TO_BE_REPLACED

BBC News are reporting that a square near a tram station has been cordoned off by authorities, and emergency services are at the scene, including three dispatched helicopters.

Sky News are currently reporting that the gunman has fled the scene.

Local police have asked for drivers to keep the roads clear so they can get through to the scene.

Dutch police have reportedly ordered all schools to close down and keep children inside.

Police are reportedly looking for a red car in connection with the incident.

popular
QUIZ: Test your knowledge with this Ultimate Friends Character Quiz
House Of The Dragon is already better than Game Of Thrones
Amazon Prime Video has just added 20 very big movies to its library
The 50 most iconic songs of all time* have been revealed
Power-ranking the House of the Dragon characters after THAT wedding dinner
People think they've figured out the ranking of the viewers on your Instagram Stories
The JOE Friday Pub Quiz: Week 313
You may also like
4 years ago
Doctor interviewed on live TV gets hilariously interrupted by his cat
6 years ago
QUIZ: Only diehard Irish fans could get more than 7/11 in our Ireland v Holland quiz
6 years ago
VIDEO: These Dutch fans and their incredible brass band were some craic outside of this Dublin pub
7 years ago
INTERVIEW: Marco van Basten talks Messi, Maradona and what went on during Ireland v Holland at Italia '90
7 years ago
Video: Man uses giant crane to stage elaborate marriage proposal; ends up destroying a neighbour’s house
7 years ago
Video: This brilliant flashmob started Irish dancing at a train station in Holland
Next Page