The presidential election is set to take place on 26 October.

Sinn Féin has announced that they will select a presidential candidate at a special meeting of the party's Ard Comhairle on 16 September.

David Cullinane, who chaired the committee which established a nomination process, stated that the party were in the contest to win it.

END_OF_DOCUMENT_TOKEN_TO_BE_REPLACED

In a video posted to Twitter on Friday afternoon, Cullinane rejected suggestions that the party's plan to nominate a candidate just six weeks prior to the expected election date was in a bid to avoid prolonged media scrutiny of their candidate.

“The Presidential Election Committee, appointed by the party’s Ard Chomhairle, met this week to put in place the process to select a candidate for the Presidential election," Deputy Cullinane said.

“Nominations will open on 20th August and close on 10th September.  The Ard Chomhairle will meet on 16th September in convention to select a candidate."

Sinn Féin's @davidcullinane, has announced that the party’s Ard Chomhairle will meet on 16th September in convention to select a candidate for the Presidential Election'18.

Nominations will open on the 20th August and close on 10th September. #aras18 @NiallSF @conwaywalsh pic.twitter.com/bD5S4jg1Py

“There has been a huge amount of change in Ireland since the last Presidential election and recent referenda have seen tens of thousands of young people engaging in politics and voting in unprecedented numbers.

“It is important that citizens have an opportunity to vote for who they want to see as the President of Ireland and we hope that this is the last Presidential election that does not include citizens in the North and the diaspora. 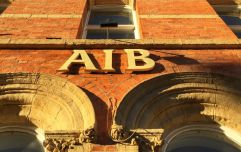 END_OF_DOCUMENT_TOKEN_TO_BE_REPLACED

“This election provides a perfect opportunity for a conversation about the next seven years and the type of Ireland that we want to live in. We will be selecting a candidate to put forward our vision of a progressive, United Ireland and asking the people to endorse it.”

Nominations will open on the 20 August and close on 10 September.

Just last week, it was announced that Pieta House co-founder Joan Freeman was seeking nominations for the presidency of Ireland.

The Independent senator is believed to have written to a number of senators and TDs seeking support for her nomination ahead of an election later this year.

Speculation is still mounting in the coming months about a number of other possible candidates running for the presidency.

END_OF_DOCUMENT_TOKEN_TO_BE_REPLACED

Craughwell announced during the week that he no longer wishes to run as he could not afford to formally join the contest.

House of Rugby Ireland · Quinn Roux on finding a home in Ireland and Mike McCarthy brings the absolute HEAT!
popular
20 of the best comedies to watch on Netflix right now
The JOE Friday Pub Quiz: Week 227
The 50 most iconic songs of all time* have been revealed
The JOE Movie Quiz: Week 85
QUIZ: The JOE Music Quiz: Week 41
Yewande Biala releases statement discussing racism on Love Island
PICS: The man with the biggest penis in the world has one unbelievable problem with it
You may also like
1 day ago
Deliveroo couriers in Ireland strike for better working conditions
1 day ago
52 more people with Covid-19 have died in Ireland, 2,371 new cases
1 day ago
Nearly 1,000 fines issued by Gardaí for non-essential travel
1 day ago
Snow and ice warning issued for all of Ireland
1 day ago
Lord Mayor of Dublin Hazel Chu subjected to racist abuse outside Mansion House home
1 day ago
Teenager arrested following serious assault on a woman in Dublin
Next Page