A Sky News Investigation has revealed the dark side of Facebook

Some websites aren't even being removed.

A Sky News Investigation by Tom Chesire, their Technology Correspondent has found that highly addictive prescription drugs are being illegally sold on Facebook.

Drugs such as Valium, Xanax and a relatively new drug called Pregabalin, whose popularity is growing rapidly in the UK but has been linked to several deaths, have all been found available for purchase on the social media site. 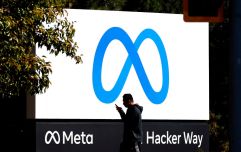 END_OF_DOCUMENT_TOKEN_TO_BE_REPLACED

Sky News found that Facebook was even refusing to remove accounts even after some users had reported the sites to the company.

The drugs being sold on the website are extremely power and a medical expert told Sky News that people have committed suicide as the ultimate resort to get off them for good.

Sky News initially reported the accounts to Facebook using their online tools but each account they reported was allowed to remain on the site.

Then, they went straight to their press office and asked why such a small action was taken even though it was breaking British Law.

Immediately, all the reported profiles were taken down but yet the investigation team were still able to find more profiles selling drugs.

More traditional recreational drugs such as Ketamine, Cannabis and MDMA were also for sale.

popular
One of Keanu Reeves' best movies has just been added to Netflix
QUIZ: Can you get full marks in this General Knowledge Quiz?
The 50 most iconic songs of all time* have been revealed
Just in time for Christmas, all eight Harry Potter movies are now available to stream at home
The JOE Friday Pub Quiz: Week 272
QUIZ: Can you get 20/20 in this desperately tricky capital cities quiz?
House of Gucci has the best sex scene from a big Hollywood movie in years
You may also like
1 month ago
WhatsApp to stop working on 53 phone models, including iPhone 6
1 month ago
Facebook 'unquestionably making hate worse' says whistleblower
1 month ago
Facebook looks set to change its name as part of rebrand
1 month ago
Facebook apologises as users having trouble accessing its apps for second time this week
1 month ago
Panic is over: Instagram, WhatsApp and Facebook are back after major outage
4 months ago
Google and Facebook will require US employees to be fully vaccinated before retuning to offices
Next Page