The podcaster is under fire for repeatedly using the n-word in earlier episodes.

Joe Rogan will not be removed from Spotify anytime soon, according to the CEO of Spotify.

Rogan has been the subject of major controversy over the past few weeks for a myriad of reasons. 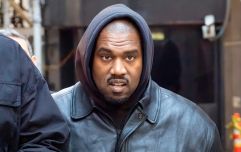 END_OF_DOCUMENT_TOKEN_TO_BE_REPLACED

In December, 270 doctors, scientists and healthcare professionals signed an open letter calling on Spotify to "take action against the mass-misinformation events which continue to occur on its platform" and remove episodes of the Joe Rogan Experience which featured guests spreading falsehoods around Covid and vaccines.

Rogan himself was also criticised for discouraging young people to get the Covid vaccine, and promoted the use of Ivermectin, a medicine used mainly in horses, to treat the disease.

Last week, a video of Rogan repeatedly using the n-word resurfaced, which prompted more artists to remove their music from the platform.

Rogan posted several Instagram videos apologising for the use of the n-word and supporting new measures to stop misinformation surrounding Covid being spread. 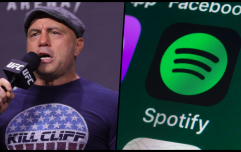 END_OF_DOCUMENT_TOKEN_TO_BE_REPLACED

Some, however, have felt that Spotify should pull Rogan's podcast from their streaming service, and cancel their exclusivity contract with him.

CEO Daniel Ek sent a letter around to employees to discuss the recent controversy surrounding Rogan, which was published in full in the Hollywood Reporter.

"There are no words I can say to adequately convey how deeply sorry I am for the way The Joe Rogan Experience controversy continues to impact each of you," Ek wrote.

"Not only are some of Joe Rogan’s comments incredibly hurtful – I want to make clear that they do not represent the values of this company. 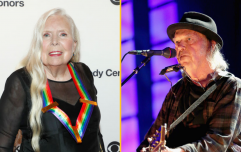 END_OF_DOCUMENT_TOKEN_TO_BE_REPLACED

"I know this situation leaves many of you feeling drained, frustrated and unheard.

"I think it’s important you’re aware that we’ve had conversations with Joe and his team about some of the content in his show, including his history of using some racially insensitive language.

"Following these discussions and his own reflections, he chose to remove a number of episodes from Spotify. He also issued his own apology over the weekend.

"While I strongly condemn what Joe has said and I agree with his decision to remove past episodes from our platform, I realise some will want more.

"And I want to make one point very clear – I do not believe that silencing Joe is the answer.

"We should have clear lines around content and take action when they are crossed, but canceling voices is a slippery slope.

"Looking at the issue more broadly, it’s critical thinking and open debate that powers real and necessary progress," he continued.

Ek went on to say that the platform will be aiming to elevate voices from marginalised communities, including "an incremental investment of $100 million for the licensing, development, and marketing of music (artists and songwriters) and audio content from historically marginalised groups".

popular
Woman left confused after DNA test shows child isn't husband's despite her claims that she never cheated
One of the best movies of the decade has just been added to Netflix
Jonah Hill files petition to legally change his name
Starbucks worker breaks down in tears after they're scheduled to work 8 hours
Here's the line-up for this week's episode of The Late Late Show
Cristiano Ronaldo 'agrees £173m-a-year deal' with Saudi club
Passenger tries to open door of plane mid-flight while claiming 'Jesus told her to do it'
You may also like
5 months ago
We've put together the ultimate playlist for Pride Weekend 2022
9 months ago
"You were having fun" – Samuel L. Jackson blasts Joe Rogan's N-word use and apology
9 months ago
The JOE Music Quiz: Week 90
10 months ago
Spotify to pull Neil Young music after he slammed Joe Rogan podcast
1 year ago
Hozier's 'Take Me to Church' is the only Irish track to make Spotify's "Billions Club" playlist
1 year ago
The 2 Johnnies podcast is moving exclusively to Spotify
Next Page