As Christmas looms, SVP is receiving an average of 1,000 calls a day seeking help.

Saint Vincent de Paul, as you'll probably know, is a charitable organisation that does incredible work for families living in poverty.

They work hard all year round, but Christmas time can often be the worst time of year for many people, especially financially. 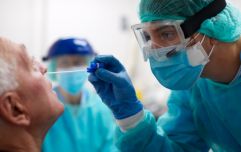 END_OF_DOCUMENT_TOKEN_TO_BE_REPLACED

Speaking about this time of the year, SVP National President Kieran Stafford offered an insight into just how busy the charity can be, saying: "Last year our volunteers visited approximately 50,000 families over the winter and we expect to visit at least the same number this year.

"At the moment we are receiving over 1,000 calls a day to our offices around the country."

Stafford was speaking at the launch of the Society’s Annual Appeal, where it was highlighted that over 16% of the country's population lives below the poverty line, which equates to 780,000 people in total.

'Save someone from a life of poverty' is the theme of the SVP Annual Appeal, which emphasises the effect of poverty on children and their future. 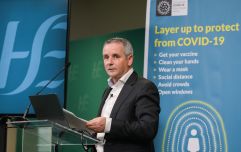 END_OF_DOCUMENT_TOKEN_TO_BE_REPLACED

This Christmas, SVP has put children at the heart of its Annual Appeal and Stafford said that this is because they are the most vulnerable and should not suffer because "society has got things so wrong".

"Many of the families we visit will struggle to make ends meet this Christmas and some will consider borrowing money to meet the extra expenses they face at this time of year," Stafford said.

"Being able to access affordable credit, rather than loans with extremely high interest rates is essential if families are to avoid becoming over-indebted. We would urge anyone who is struggling, particularly with the cost of education, fuel and food, to come to SVP for help."

The charity have asked for any donations or help over the coming weeks, and have urged people to get involved in any way possible.

They have asked people to donate in any of the following way:

In addition to direct donations, there are other options to support here, including the Giving Tree Appeal, the Food Appeal and a virtual gift store.

popular
Met Éireann issues Status Yellow rain warnings for five counties
Calls for €20 social welfare increase and minimum wage of €13 in new Budget
Wheelchair user dies after falling into the water at Dún Laoghaire pier
16 brand new apprenticeship programmes launched to meet target of 10,000 apprenticeships by 2025
WATCH: Colin Farrell could be up for an Oscar in true-life thriller Thirteen Lives
Amazon Prime Video has just quietly added 15 big movies to its library
Woman receives death threats after posing naked inside dead horse
You may also like
1 week ago
30 years ago today, a huge Christmas movie was released in the depths of summer
1 month ago
A Late Late Toy Show musical is coming to Dublin
5 months ago
The JOE Entertainment Quiz Of The Year
6 months ago
Here are all the big movies on TV on St Stephen's Day
6 months ago
QUIZ: Can you guess the Roses chocolates without their wrappers?
6 months ago
Here are all the big movies on TV on Christmas Day
Next Page