The former manager of comic book co-creator Stan Lee has been charged with elder abuse against the late writer.

The charges include false imprisonment, fraud and forgery, all of which stem from an incident which took place in summer of 2018. 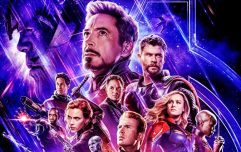 END_OF_DOCUMENT_TOKEN_TO_BE_REPLACED

The incident in question resulted in Lee’s attorney applying for a restraining order against Morgan, following an episode which saw police and a social worker called to Lee’s home in Los Angeles.

According to BBC, an arrest warrant for Mr Morgan - who is yet to comment - has now been issued.

Lee was also well known for making a cameo appearance in every movie in the Marvel Cinematic Universe, but was said to have endured faltering eyesight and memory loss towards the end of his life.

He created some of the most iconic movie characters of all time, including Spider-Man, The Incredible Hulk and Iron Man.

The Big Reviewski || JOE · The Big Reviewski with Dune, a mini-Hangover reunion & the best of Timothée Chalamet
popular
Paschal Donohoe confronted on the street by anti-vaccine protestors
Nightlife sector asks for two-week grace period on implementing guidelines
Fresh call for four-day working week from Irish Congress of Trade Unions
One of the best thrillers of the decade is among the movies on TV tonight
Eamon Ryan: Carbon budgets "will require fundamental changes to Irish life"
10 great classic movies coming to Netflix this November
QUIZ: Get the ball rolling with this General Knowledge Quiz
You may also like
1 day ago
Eternals will feature the Marvel Cinematic Universe's first sex scene
6 days ago
Disney delays releases of some huge Marvel movies in 2022 and 2023
2 weeks ago
Ranking all 29 of the MCU movies and shows from worst to best
1 month ago
Disney announces incredible line-up of premieres for upcoming Disney+ Day
1 month ago
WATCH: Disney's Hawkeye show is channeling Die Hard and Lethal Weapon
1 month ago
WIN: We've got some incredible Shang-Chi prize packs to give away
Next Page