The weather is "part and parcel of Irish climate", an expert has said.

If you looked out the window on Thursday morning and decided to pack it in and return to bed... well, we don't blame you because it's miserable out there in many parts of the country.

Three separate weather warnings are in effect for a number of counties and two marine warnings are also active for all the coasts of Ireland. 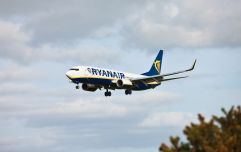 END_OF_DOCUMENT_TOKEN_TO_BE_REPLACED

A Status Yellow rainfall warning is in place for Clare, Cork, Kerry, Waterford, Galway and Mayo.

The warning came into effect at midnight and remains in place until 12am on Friday as Met Éireann warned of rainfall amounts of 30 to 50 mm in some areas with localised flooding.

The warning affecting Cork and Kerry came into effect at midnight and remains in place until 12am on Friday, warning of winds reaching mean speeds of 50 to 65 km/h, with gusts of 80 to 110 km/h.

Along the coasts, a Status Yellow gale warning is in effect for all coasts of Ireland and on the Irish Sea and remains in place until 12am on Friday.

A Status Orange storm force warning is also in effect from Mizen Head to Valentia until 7pm on Thursday evening. 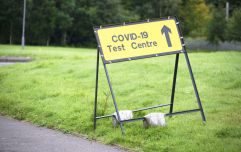 END_OF_DOCUMENT_TOKEN_TO_BE_REPLACED

Why are we getting this awful weather in May, we hear you ask?

Speaking on RTÉ's Morning Ireland, Emeritus Professor of Geography at Maynooth University John Sweeney said Irish people have to accept this weather is "part and parcel of Irish climate" in any year.

Thanks John, that makes us feel a lot better.

popular
Amazon Prime Video has quietly added 10 big new movies to its library
One of the best Irish movies ever made has just been added to Netflix
The 50 most iconic songs of all time* have been revealed
House of Gucci has the best sex scene from a big Hollywood movie in years
8 great new additions to Amazon Prime Video in December
Clint Eastwood's final western is among the movies on TV tonight
Ryanair condemns new Covid test rules for arrivals in Ireland as "gobbledygook"
You may also like
9 hours ago
CONFIRMED: Face masks recommended for children as new rules for arrivals to Ireland announced
11 hours ago
New survey reveals what Irish expats miss the most at Christmas
12 hours ago
Mica redress scheme announced with grants to be capped at €420,000
13 hours ago
Angry Liveline listener claims seasonal crisps advert has ruined his Christmas
13 hours ago
Farmers will have to undergo mandatory training to use quad bikes for work
13 hours ago
Four arrested following spate of robberies in Kildare
Next Page