"There has already been an agreement on very significant capacity for spectators at those events".

Minister for Health Stephen Donnelly has said that he would be "very surprised" if any changes are made to the restrictions and capacity at the All-Ireland Football semi-final this weekend and the final next month.

Speaking on RTÉ’s Morning Ireland on Wednesday, Donnelly said the All-Ireland Hurling Final at the weekend was "well run" inside the stadium, however, he added that he had concerns over footage of crowds before and after the event. 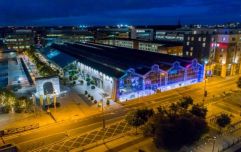 END_OF_DOCUMENT_TOKEN_TO_BE_REPLACED

40,000 fans attended the All-Ireland Hurling Final on Sunday, the largest crowd at an event in Ireland since the beginning of the Covid-19 pandemic, while 24,000 people are set to attend this weekend's football semi-final between Kerry and Tyrone.

Next month's final between Mayo and the winners of Saturday's contest is also due to be attended by 40,000 spectators.

Despite a strong reaction to some of the scenes around the hurling final on Sunday - particularly from representatives of the live events industry - and the fact that Gardaí are investigating an alleged breach of Covid-19 regulations at a pub in the Croke Park area following the match, Donnelly said that any changes would be "unlikely" to the upcoming All-Ireland semi-final and final.

"I will be very surprised if there are any changes given how soon those events are happening," he said.

"I know it might be frustrating for me not to give more detail but I need to discuss this with cabinet colleagues - I don't think it would be fair to the sport sector or fair to the entertainment to be speculating.

"There has already been an agreement on very significant capacity for spectators at those events."

When asked if he expected a spike in cases after Sunday's final, he said: "We’ll have to wait and see," adding that anyone who attended a "high risk" gathering after the game should go get a PCR test.

END_OF_DOCUMENT_TOKEN_TO_BE_REPLACED

Earlier this week, the Event Industry Alliance called on Taoiseach Micheál Martin to fully reopen the Live Entertainment and Event industry by 1 September.

The group said that unless the industry is fully reopened by that date, Martin should step down as Taoiseach.

In a statement, the group pointed to the All-Ireland hurling final, which did not require Covid-19 testing, contact tracing or proof of vaccination.

Event Industry Alliance, which represents a number of live event and music industry groups, said that the event showed a “blatant disregard” for the live events sector.

Donnelly said on Wednesday that the questions raised by the entertainment sector were "very reasonable", adding that he would like to see a "ramping up" of pilot music events over the coming weeks.

END_OF_DOCUMENT_TOKEN_TO_BE_REPLACED

When asked if Electric Picnic would be able to go ahead, Donnelly added that he "would rather not comment on individual events".

Meanwhile, the Managing Director of Festival Republic, which runs Electric Picnic, called for Laois County Council to "immediately reverse" the decision it took earlier this month to refuse the event's license.

The CMO was asked if there would be any justification from a public health perspective as to why an outdoor concert event, such as Electric Picnic, could not proceed if there was only vaccinated people in attendance.

"We wouldn't have a concern from a public health point-of-view to express about an event that happened that was confined to vaccinated people," Holohan said.

The Big Reviewski || JOE · The Big Reviewski with Dune, a mini-Hangover reunion & the best of Timothée Chalamet
popular
Alec Baldwin fatally shoots woman with prop gun on movie set
Christy Moore has announced 10 nights at Vicar Street starting next month
HBO announces a new Sopranos series is in the works... kind of
Dublin museum voted Europe’s leading visitor experience... again
QUIZ: Can you name all the countries beginning with L?
CONFIRMED: Nightclubs to open at 100% capacity, 11.30pm curfew has been removed
Here's the lineup for this week's Late Late Show
You may also like
1 day ago
WATCH: Micheál Martin and Danny Healy-Rae had an almighty row in the Dáil
1 day ago
Covid-19 pandemic now growing again in Ireland – NPHET
1 day ago
Government asks for "another 24 hours" on nightlife sector reopening plan
1 day ago
Man aged in his 80s dies following three-car collision in Kildare
1 day ago
Simon Harris "surprised" by lack of booster programme for healthcare workers
1 day ago
Gardaí will be out in force pulling for speed this week
Next Page