"This evidence has the potential to undo the whole case".

Steven Avery is set to have his case re-examined as new evidence has been uncovered in the murder of Teresa Halbach.

Avery's bid for freedom - along with his nephew Brendan Dassey - is the focus of Netflix's documentary Making A Murderer and he's set to have his case re-examined by a court in Wisconsin. 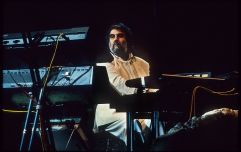 END_OF_DOCUMENT_TOKEN_TO_BE_REPLACED

Avery and his lawyer, Katleen Zellner, won a motion to appeal based on possible human bones that were found in a gravel pit on Avery's property.

In a letter to the Wisconsin Department of Justice, Zellner said that the pelvic bones found in the pit were given to Ms Halbach's family before they could be tested for DNA - which is in violation of state law.

Essentially, Zellner argued that this meant that potentially crucial evidence in the case had been kept from further testing.

Speaking with Newsweek magazine, she said that: "This evidence has the potential to undo the whole case, so it is a big win. The case is being remanded back to the circuit court to conduct proceedings, which can include a hearing. The circuit court can grant a new trial, or if not, back to appellate court who can reverse the conviction and/or grant a new trial".

The DREAM LIVES ON for Steven Avery to be FREE AGAIN. The WRECKING CREW IS ON IT.@TruthWins @michellemalkin @Newsweek #StateLosesBigTime #LeaveaVoicemail #MaM3

SA’s DREAM OF FREEDOM is a NEW REALITY as COA lets us reveal all the State’s BAD FAITH, DESTRUCTION & SUPPRESSION of evidence-misdeeds cannot be undone. State’s old way of doing business is OVER. #WreckingCrew #WorkWithKZ #TruthWins #Losers=Guilters #KratzRatzShipSinks 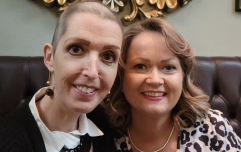 END_OF_DOCUMENT_TOKEN_TO_BE_REPLACED

Avery was arrested and charged with Halbach's murder, kidnapping, sexual assault, and mutilation of a corpse on November 11, 2005. He has consistently stated that he's innocent.

Avery previously served 18 years in prison for another crime that he did not commit.