Or any of the Mario games that involve the beloved little anthropomorphic mushroom Toad.

Stormy Daniels, the pornographic actress who Donald Trump paid to keep quiet about their affair, has made the startling claim that Trump's penis looks like Nintendo character Toad.

END_OF_DOCUMENT_TOKEN_TO_BE_REPLACED

Toad made his first appearance in Super Mario Bros. all the way back in 1985, but has since come into his own and has appeared as a protagonist in several Mario games! But that's all ruined now.

In her upcoming book Full Disclosure, Daniels writes (and honestly, brace yourself for this):

“He knows he has an unusual penis. It has a huge mushroom head. Like a toadstool… I lay there, annoyed that I was getting fucked by a guy with Yeti pubes and a dick like the mushroom character in Mario Kart... It may have been the least impressive sex I’d ever had, but clearly, he didn’t share that opinion.” 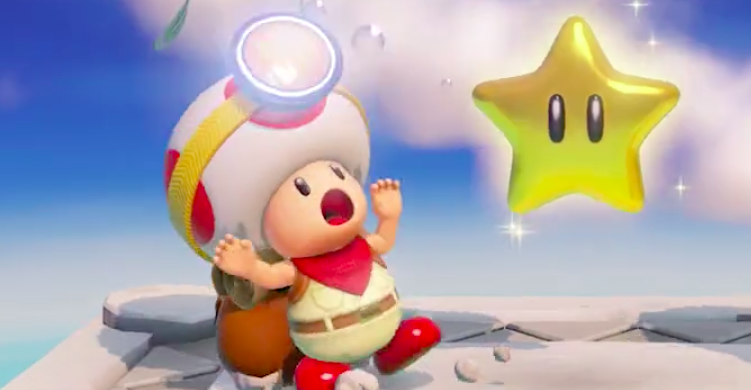 We're sorry you had to hear all of that. Why don't we all put it out of our minds with a round of Mario Kart? No? Okay.

Daniels is currently suing Trump and his personal lawyer Michael Cohen, arguing that the non-disclosure agreement she signed with them pertaining to their affair is now invalid — since its existence was exposed by the Wall Street Journal.

In August 2018, Cohen pleaded guilty to eight charges, including one related to the scandal, and he stated under oath that he paid Daniels "in coordination with and at the direction of a candidate for federal office," meaning Trump.