PIC: Supermac's are trolling McDonald's with their latest advert campaign

This town is only big enough for one Mac Daddy.

Supermac's has been locked in an ongoing battle with McDonald's for a very long time now and the bad blood is only going to get worse after their latest ad campaign.

The Irish fast food chain took to Twitter to post a picture of their latest advert which involves a truck being pulled outside a McDonald's on the Headford Road in Galway. 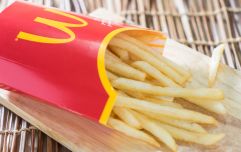 END_OF_DOCUMENT_TOKEN_TO_BE_REPLACED

On the truck, there is a picture of a bin and what looks to be a pair of clown feet coming out of the top of it which is meant to portray the McDonald's mascot, Ronald McDonald.

Once the knife was inserted, the Irish company began to twist and the caption beside the bin reads: "no clowning around, just great food." 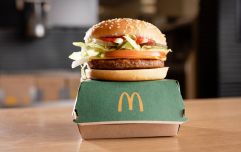 McDonald's Ireland to launch its first vegan burger - the McPlant

END_OF_DOCUMENT_TOKEN_TO_BE_REPLACED

The caption on the tweet itself reads: "Oops! #NoClowingAround #Irish #Fresh #SorryNotSorry" and also has a clown emoji and an Irish flag emoji at the beginning.

Both McDonald's and Supermac's have been at loggerheads for a very long time over the use of the name 'Supermac's' outside of Ireland.

The US company has objected to Supermac's use of the name outside of their own country and believes that they only want to use the name to 'piggy-back' off McDonald's fame.

The war will continue after this latest post and it will be interesting to see how the giant US fast food chain will respond.

popular
County where winning Lotto jackpot ticket worth over €5.5 million was sold confirmed
Gardener and broadcaster Dermot O'Neill has died aged 58
Jordan Peterson suspended from Twitter over Elliot Page comment, says he won't apologise
The JOE Friday Pub Quiz: Week 301
Landlords must give longer eviction notice periods under newly passed legislation
QUIZ: How well do you know your Irish history?
QUIZ: Can you get 100% in JOE's great big halfway through 2022 quiz?
You may also like
4 months ago
McDonald's are running an amazing tasty deal for students
9 months ago
McDonald's are running some amazing student discounts and deals for the new college term
11 months ago
McDonald's is launching its "hottest burger yet" in Ireland this week... for a limited time only
1 year ago
McDonald’s to keep drive-thrus open and maintain delivery service during lockdown
1 year ago
Just Eat to deliver McDonald’s to homes in Ireland from tomorrow
1 year ago
Big Mac to be available for €2 on McDonald's app
Next Page