The hospital was forced to use the eight beds for adult patients.

Tallaght Hospital has been forced to close its Paediatric Observation Department off from children in order to deal with the stark rise in adult admissions.

The hospital's management made the choice to use the ward temporarily due to the "unprecedented" rate of patients turning up in the Emergency Department. They did however, add that all eight beds would be given back to children as soon as possible.

Today (January 11), the Irish Nurses and Midwives Organisation said a total of 544 patients were waiting on hospital trolleys, which is a slight decrease on yesterday's total of 551.

Of these, 389 were people waiting on trolley's in Emergency Department, while the other 155 were on trolleys in a ward.

Limerick University Hospital totaled 53 patients waiting on trolleys, which had risen from 35 yesterday. University Hospitals in Galway and Cork had 37 and 35 respectively. Tallaght Hospital, which has 29 people on trolleys has seen an increase of 12% in people attending the Emergency Department with demand for beds having risen by 25%.

Last week, as the flu season began, the number of patients on trolleys hit a record high of 677, although it is currently being suggested that the season has not yet hit its peak.

A spokesperson for Tallaght Hospital has commented on the issue, saying:

"In response to an unprecedented increase in the number of ED attendances who are of a higher medical need and demand on bed capacity for adult admissions, Tallaght Hospital has temporarily reassigned an eight bedded facility adjacent to the adult ED. The additional beds have been drawn from an area of the Hospital’s paediatric Short Stay Observation Unit which is temporarily closed. The Hospital has put in place all requisite measures to facilitate the change of use of this unit.

"This is a temporary measure and unfortunately necessary as all adult escalation areas and beds are in use. The beds in question will revert to the Paediatric service in due course. The Hospital is making every effort to balance the demands of both adult and paediatric services. There were 29 adult patients on trolleys and no paediatric patients awaiting beds/on trolleys at 8am this morning. The Hospital would like to apologise to patients for any delays they may experience during this busy period." 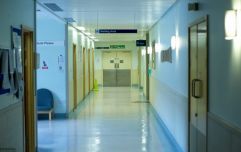 END_OF_DOCUMENT_TOKEN_TO_BE_REPLACED

Minister for Health, Simon Harris has said that a hospital bed capacity review would be conducted by the end of the month, due to the nationwide overcrowding crisis in Emergency Departments.

"I'm very conscious that our health service is still going through an extraordinarily difficult time but as I've said consistently through this period of time, while I'm frustrated at what is going, I want to put all my energies into making sure we do break that cycle."

"We have spent the last year - cross parties - working on the building blocks. We now know what they are and I also want to look at interim plans to get additional capacity into the system as soon as possible."

Speaking on the Pat Kenny Show yesterday, INMO general secretary Phil Ní Sheaghdha said one of the major problems has been caused by permanent staff shortages:

"We know there were 3,000 full-time equivalents down from what we were in 2007, just before the moratorium on recruitment and promotion was introduced," she said.

"We're now playing catch-up", she continued. "We estimate that our funded workforce plan, that we agreed with the Department of Health and the HSE last February, required an increase of 1,224 funded posts by December this year. 13 full-time equivalents were achieved by September, and we're awaiting the December figures. It's an absolute mess."


popular
The JOE Friday Pub Quiz: Week 174
Paddy Holohan has been suspended from Sinn Féin with immediate effect
Paddy Holohan has been suspended from Sinn Féin over his claims that "scum" underage girls were having sex with men and blackmailing them
QUIZ: How many of these Disney Channel TV shows can you name?
Leo Varadkar hurries away from questions about "corporations and parasite landlords" on campaign trail
Two people shot in North Dublin
Met Éireann has issued an ice and low temperature warning for 17 counties
You may also like
4 hours ago
HSE issues warning after a large increase in mumps cases
1 week ago
HSE issue apology for high level of activity in their Emergency Departments
1 week ago
Visitor ban imposed at Cork hospital after spike in flu cases
2 weeks ago
620 people waiting on trolleys for hospital beds on third day of the year
2 weeks ago
HSE urge people to "sort that cough without an antibiotic"
3 weeks ago
Injury unit charges reduced from €100 to €75 with immediate effect
Next Page