This is absolutely staggering.

If Dublin has avoided a lot of the snowfall that has affected the rest of the country in recent years, anyone living in the Irish capital is getting it back tenfold over the last 36 hours (and counting).

In Citywest, Dublin North West TD Noel Rock tweeted this image of a front door of a house owned by Niamh McPeake on Friday morning. 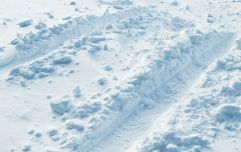 END_OF_DOCUMENT_TOKEN_TO_BE_REPLACED

The snow is piled so high that Niamh and her partner are unable to see the front door of the house opposite them, and you can probably be sure there's a car or two hidden under all that sneachta.

No work for them today, and for anyone else wondering if they'll get paid during the Beast from the East's reign of terror, this might come in handy.

"There is no obligation on employers to pay employees who don’t show up for work because of extreme weather conditions," she said.

"However, many employers do include provision in their contracts of employment for payment to be made in situations like we experienced today across Ireland. 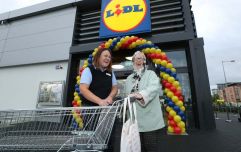 END_OF_DOCUMENT_TOKEN_TO_BE_REPLACED

"As the weather conditions are outside employees’ control, employers may decide to pay for missed days or hours, in order to retain talent and ensure morale is not affected. After all, this sort of situation is not a regular occurrence.

"So, while there is no legislation surrounding this topic, employers would be best advised look at the bigger picture. There is also the option of asking staff to make up the time at a later date or suggest it is taken as holiday time.

"It’s very much like sick pay in that it depends how it is dealt with in the contract of employment," she added.

The Big Reviewski || JOE · TBR Spotlight: The Falcon and the Winter Soldier Episode Four - 'The Whole World is Watching'
popular
20 years on, Weapon Of Choice is probably still the best music video ever made
Reeling in the Years: How the 2010s are different to any other decade
The JOE Friday Pub Quiz: Week 238
The JOE Music Quiz: Week 52
The Falcon and the Winter Soldier is on the precipice of dealing with an incredibly sensitive topic
WATCH: Paddy Power reveal Rhodri Giggs as new ambassador with ‘loyalty is dead’ promo video
The JOE Movie Quiz: Week 97
You may also like
2 years ago
Lidl announce reopening date for the store destroyed during Storm Emma
3 years ago
Here's how the weather is shaping up for St Patrick's Day
3 years ago
Parents’ Council Director suggests schools open on Saturdays to make up for days lost to severe weather
3 years ago
Blood donations urgently needed after last week's massive storm in Ireland
3 years ago
An incredible story from Tallaght on the night Lidl was destroyed
3 years ago
Cork woman hailed for her heroic quad bike efforts during Storm Emma
Next Page